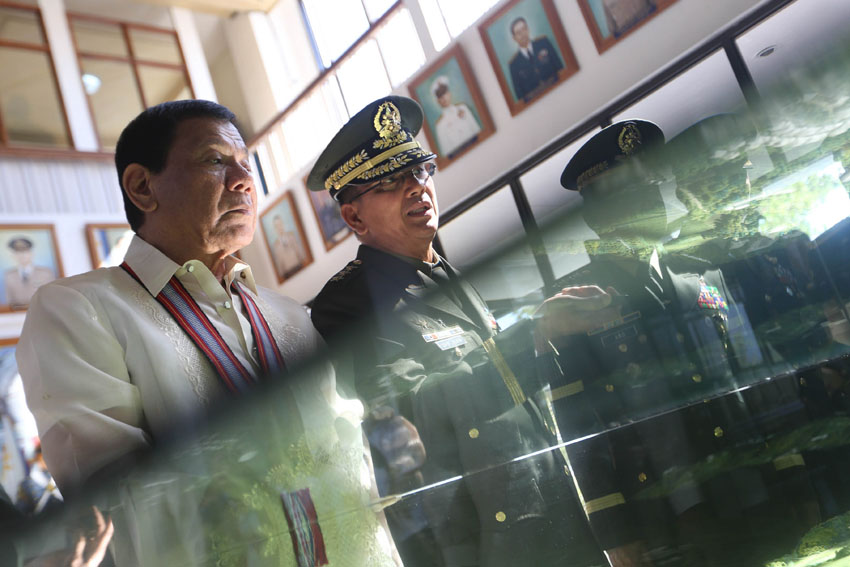 DAVAO CITY, Philippines—A human rights group on Wednesday said that President Rodrigo Duterte’s order to “flatten the hills” and bomb the known lairs of the New People’s Army has endangered the lives and even could target civilians on the ground.

“Directives to bomb and ​’flatten the hills,’ especially coming from the President, have severe repercussions on the ground. If it was done to please a crowd of military and police dogs or to build up his image, it has nonetheless resulted to the endangerment of civilians, for the nth time,” Karapatan Secretary General Cristina Palabay said in a statement Wednesday.

Palabay’s statement came after the Armed Forces of the Philippines conducted an aerial bombardment in the communities of Compostela Valley province and Maguindanao.

She said the government’s counter-insurgency program “Oplan Kapayapaan” has amplified the “fascist character” of the Duterte administration.  It can be recalled that Duterte, on March 9, instructed the military to “flatten the hills” as the AFP is waging an all-out war against the NPA.

Around 200 75 families were displaced from the villages of Magpalusong and Patawon in B​arang​ay Cabuyoan and stayed at the Cabuyoan Elementary School.  Apart from the bombing incident, the residents complained of looting as they found their houses ransacked and goods were stolen.

On the same day, FA-50 fighter jets dropped ​bomb​s ​in Barangay Andabit, Maguindanao where 300 families have been displaced. Meanwhile, some 600 soldiers aboard army trucks and tanks entered the community in a bid to flush out the Bangsamoro Islamic Freedom Fighters.

On March 13, around 2:30 am, bombings in the barangays of Datu Salbo and Datu Saudi in the municipality of Ampatuan were also reported, according to Karapatan.

“The recent development on the continuation of the formal peace talks is a grain of hope to seriously discuss again the substantial agenda on economic, social, and political reforms. We strongly urge Duterte to stop spewing venomous words which could prompt or be used as license by his troops to become trigger-happy. State security forces should be pulled out from communities. The cause of unrest is not solved by bombing communities or perpetrating more rights abuses,” Palabay said. (davaotoday.com)