‘Thou Shall Not Kill’: Lawyers say death penalty endangers the poor 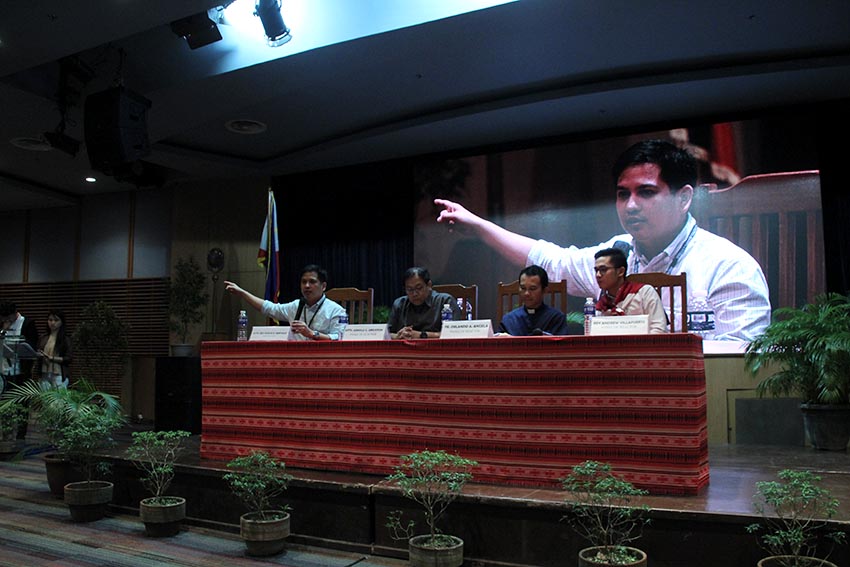 DAVAO CITY, Philippines—Lawyers here expressed their objection to the re-imposition of the death penalty in the country, saying that it would endanger and a disadvantage to the poor because of the “corrupt” criminal justice system in the Philippines.

Abejaron also suggested looking into preventing the crime from being committed, saying that many of those who have committed heinous crimes experienced abuses in their childhood.

“The best way really is to address the issue. How do we prevent kids or future adults from committing crimes? That is looking at how we reduce abuses in the family, because many of those who got into crimes have actually been victims of abuse when they were children,” Abejaron said.

For his part, Atty. Ray Paolo Santiago, executive director of the Ateneo Human Rights Center, supported Abejaron’s claim, saying most of those who are languishing in jail are poor and could not afford to hire the best lawyers.

“This is not to say that those who come from the Public Attorney’s office are not good, they are one of the best. But imagine the public attorney who is a government lawyer, pitted against a private lawyer who is solely handling maybe a big case. And then you have a public defender who is handling hundreds of other cases. You divide the time that you can allot,” Santiago said.

Santiago also noted the corruption present in the concerned agencies which further made a poor man’s task of defending oneself in court harder.

“In the justice system, there are different levels. [For example], you have a good law enforcer, a good policeman; gathers all the evidence. And then you have a corrupt prosecutor, what would happen? You have money? Okay I will dismiss the case. Let’s not fool ourselves, because that does happen,” Santiago said.

“It is a reality that those who have lesser in life, have difficult opportunities in defending themselves,” Santiago added.

When asked about the implications of the re -imposition of the death penalty and the International Covenant on Civil and Political Rights of which the Philippines signed as a State Party in 1966, Santiago it will be up to the Supreme Court to settle the matter.

“Atty. Arnold mentioned that it’s embarrassing, particularly the implications internationally. However, we both agree that the President can actually do so,” Santiago pointed out.

“If congress insists, and then the president signs it into law, the next battle there, is not the international community, it’s going to the Supreme Court. The court will now rule whether the re imposition is valid or not under Philippine law,” Santiago said. (davaotoday.com)