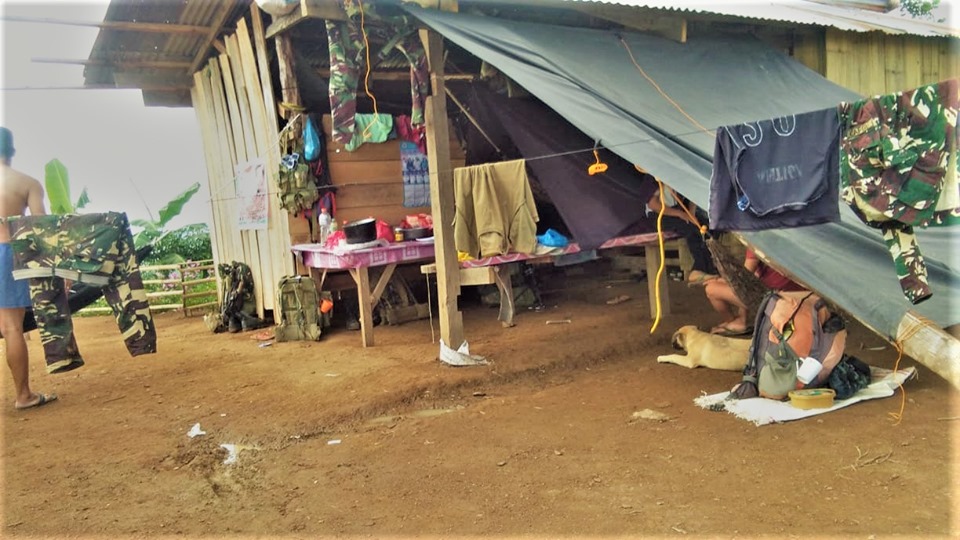 DAVAO CITY, Philippines – School authorities of two tribal schools in Davao Oriental and North Cotabato operated by the Mindanao Interfaith Services Foundation, Inc. (MISFI) has reported of continued Army harassment, ranging from encampment nearby and asking residents around to refrain from sending their children to the MISFI school.

Teachers of the schools in Sitio Casunugan, Baranggay Mahan-ub and Sitio Limot, Barangay Binondo, Baganga town, in the province of Davao Oriental, said they saw soldiers in civilian houses and in a community church.

Leah Serra, area coordinator of MISFI told Davao Today in a phone interview that soldiers were only a few meters away from the MISFI school in the community. Serra said parents also complained that soldiers forced them to sign documents indicating that they will not enroll their children to a Lumad school.

Families also said they were allegedly threatened that they would no longer avail of 4Ps if they do enroll in MISFI, she added.

Davao Today tried to reach Capt. Jerry Lamosao, spokesperson of 10th Infantry Division for comment on the reported presence of soldiers in Lumad communities, but have not responded as of posting.

A recent report by Save our Schools Network shows that 89 Lumad schools in Mindanao were forcibly shut down affecting around 3,000 students since the start of the Duterte administration.

The SOS Network noted in its report that, 24 teachers, 17 members of Parent Teachers Community Association (PTCA) and nine human rights defenders are currently facing “trumped-up” charges. Twelve of them are still detained. (davaotoday.com)