Cabinet picks: Who are Duterte’s ‘alter-egos’ 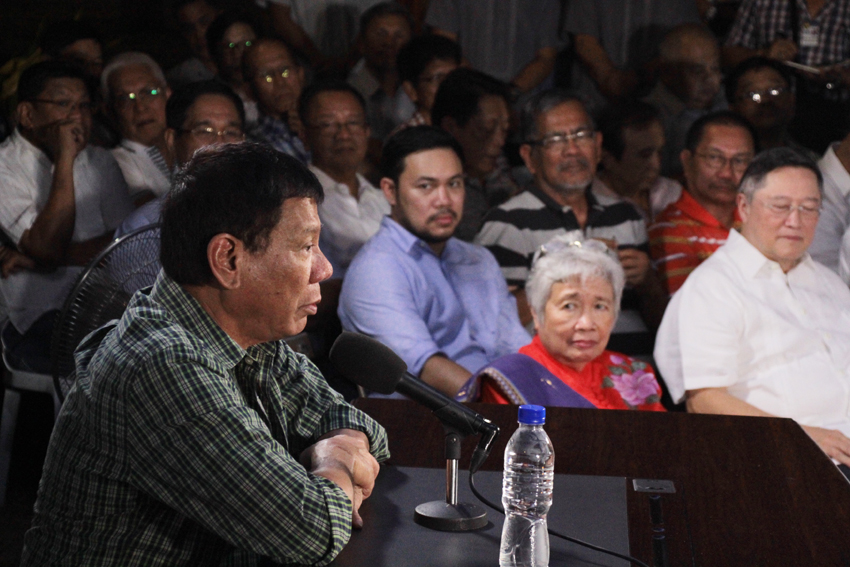 DAVAO CITY — Incoming President Rodrigo Duterte has bared the names of his Cabinet appointees on Tuesday evening, May 31 in Davao City.

After a closed-door meeting held inside the guest house at the Department of Public Works and Highways compound in Panacan, Davao City, Duterte came out with the members of his cabinet who will be working with him in the government.

His cabinet posts included retired general Delfin Lorenzana who will be heading the Department of National Defense (DND); former provincial governor of South Cotabato Mike Sueno for the Department of Interior and Local Government (DILG); University of the Philippines Prof. Judy Taguiwalo as Social Welfare Secretary (DSWD); Anakpawis Partylist Rep. Rafael Mariano as the head of the Department of Agrarian Reform (DAR); and undersecretary Fortunato dela Peña who will head the Department of Science and Technology (DOST).

Duterte said it took him several days to pick the members of his Cabinet.

“I can assure you that they are all men of integrity,honesty,” he said.

Duterte also described a Cabinet member as “an alter ego of the President.”  “He must be one whom I can trust,” he said.

The following are the other members of Duterte’s Cabinet:

Office of the Presidential Adviser on the Peace Process Jesus Dureza

Meanwhile, Duterte’s executive assistant Christopher Lawrence “Bong” Go on Tuesday, May 31 told reporters here that the incoming president is still studying who to include in the Cabinet whom he trusts.

But the cabinet appointees of the incoming administration is now 80 percent complete, he said.

Duterte said he will be meeting with his Cabinet once a week. (davaotoday.com)