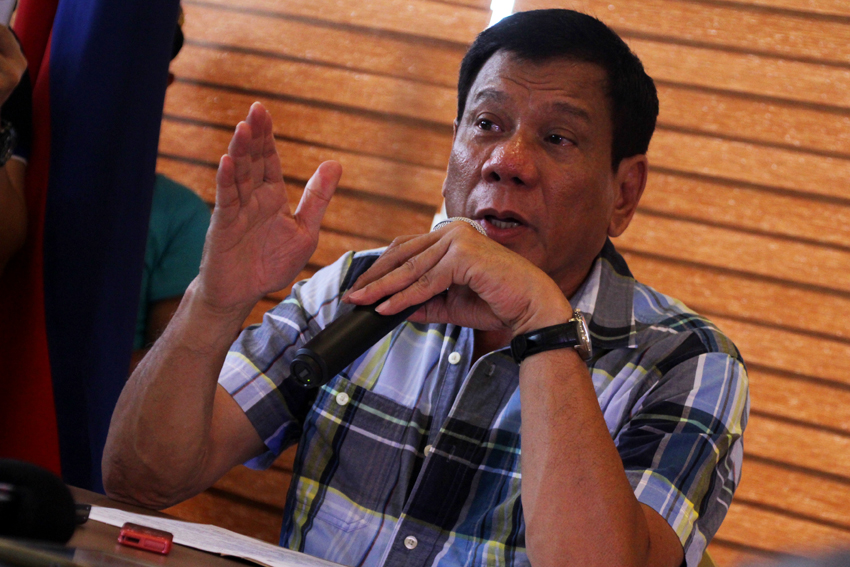 Presumptive president Rodrigo Duterte offers four Cabinet seats to the Communist Party of the Philippines:
Department of Agrarian Reform, Department of Environment and Natural Resources, Department of Social Welfare and Development, and the Department of Labor and Employment. (Ace R. Morandante/davaotoday.com)

DAVAO CITY – The founder of the Communist Party of the Philippines said they are seriously considering the offer of President-elect Rodrigo Duterte of the four Cabinet posts for the CPP and will see to it that they will recommend the best possible appointees.

“The CPP and the (National Democratic Front of the Philippines) are thankful for the offer of President-elect. We will consider seriously his offer and do everything possible, make the best possible appointments to those Cabinet positions offered,” said Prof. Jose Maria Sison, in an interview with CNN Philippines on Monday, May 16.

Sison added that the NDF is now studying the prospects for appointments.

He said those who they will recommend may not necessarily be Communists.

“There are many people who are very competent. Those who are oriented to serve the people, with expertise and competence and who are diligent and are not necessarily communists,” he said.

Duterte said there are several other positions in “bureaus and government corporations” for the Left “provided that they are qualified” for the posts.

Meanwhile, Duterte also named other possible members of his cabinet during his press conference at the Matina Enclaves here, Monday.

Aside from the four cabinet posts offered to the CPP, Duterte said he is offering the Department of Finance to his close friend Carlos Dominguez III.

Dominguez, who was a former agriculture secretary and a member of Duterte’s transition team, was the one who presented the outline of Duterte’s economic agenda on Thursday, May 12.

Duterte also said he plans to appoint Jesus Dureza as presidential adviser on the peace process and Silvestre Bello III as peace negotiator with the NDF.

He also named the president of the Lyceum of the Philippines University-Batangas, Peter Laurel as education secretary and his schoolmate in San Beda, Arthur Tugade as secretary of the Department of Transportation and Communications.

In an earlier press conference, Duterte said he is eyeing the next chief of the Philippine National Police to come from the list of former police directors of Davao City including Chief Superintendent Ramon Apolinario, Chief Supt. Ronald Dela Rosa, and Senior Supt. Rene Aspera. He is also eyeing Lt. General Ricardo Visaya to head the Armed Forces of the Philippines.

Duterte also reiterated that he offered his running mate, Senator Alan Peter Cayetano, the Department of Foreign Affairs and the Department of Justice, whichever the senator would prefer. Duterte also considers his former roommate, Perfecto Yasay, a former Securities and Exchange Commission chairman, to be acting foreign affairs secretary. (davaotoday.com)