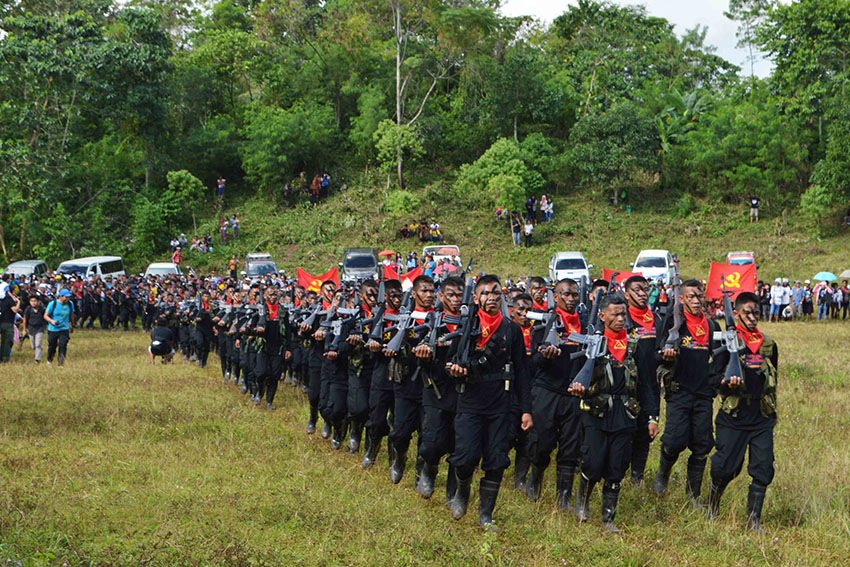 DAVAO CITY, Philippines – The military’s latest number of surrendered persons from the New Peoples Army is “a complete hoax.”

In a statement, the Communist Party of the Philippines said 99% of the so-called “NPA surrenderees” were not actually NPA fighters but were victims of the series of red tagging and psywar activities launched by the AFP-PNP.

The state forces attributed the surrenders due to the combined focused military, civil-military, re-integration and peace and development programs.

The CPP cited incidents reported by human rights groups such as the forced surrender of a teacher and of the MISFI Academy, an institution operating several schools for indigenous peoples in Mindanao. The teacher was brought together with 70 other members of the community in Trento, Agusan del Sur on March 12 where they were forced to sign a blank sheet of paper.

The victims were also said to be threatened with detention and forced to speak in front of a camera that they have voluntarily surrendered to the 25th Infantry Battalion of the Philippine Army.

The CPP added that among the surrenderee statistics included AFP paramilitaries like the 16 members of the Magahat-Bagani, who were presented by the 4th ID. The Magahat-bagani members were responsible for the massacre of Emerito Samarca, executive director of Alcadev school, and Lumad leaders Dionel Campos and Juvello Sinzo in Lianga, Surigao del Sur in 2015.

The CPP also slammed the use of the discretionary and intelligence funds which were automatically handed over to the bank accounts of brigade and battalion commanders.

The CPP challenged the AFP to make a public apology for forcing people to pose as NPA surrenderees.

The CPP slammed the AFP report saying this just beyond credible propaganda and a deception that the Duterte government has succeeded in defeating the NPA. (davaotoday.com)

Editor’s note: This article previously attributed the statement to the National Democratic Front of the Philippines (NDFP). We stand corrected.