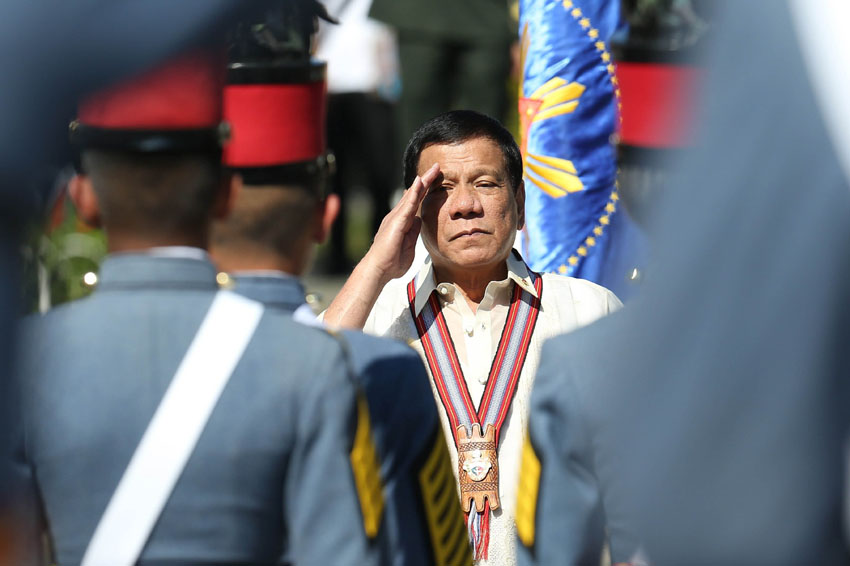 DAVAO CITY, Philippines—Philippine President Rodrigo Duterte floated on Wednesday the idea of imposing Martial Law across the country to keep the law and order and thwart any further terroristic activity.

“I may decide to expand the area to include the Visayas because it is just a walking distance actually. And because of the many islands, they can always escape there and begin another terroristic activity,” Duterte said in press conference upon arrival from Russia.

The President also hinted that he would likely include Luzon to be under the Martial Law.

“If I think that the ISIS has already taken foothold also in Luzon, and terrorism is not really far behind, I might declare martial law throughout the country to protect the people,” he said.

With his planned Martial Law declaration to include Luzon and Visayas, Duterte said that he might decide to suspend the Writ of Habeas Corpus in the Visayas region.

“Remember that this is not intended for the law-abiding citizens. We are the least of your worry. But if you confront government and my orders are one: to enforce the law. And anyone caught possessing a gun and confronting us with violence, my orders are shoot to kill,” the chief executive warned.

“I will not hesitate to do it. My human rights is different. It is an institutional theory which we will reserve and observe. I said, I will not allow abuses. The courts are open. But anyone now holding a gun, confronting government with violence, my orders are spare no one. Let us solve the problem of Mindanao once and for all,” Duterte said.

As the entire Mindanao is now under Martial Law, Duterte said checkpoints and searches will be allowed including the arrest without a warrant.

“It would take me maybe 60 days, 15 days but you can be very sure that the response of government will be not only equal but commensurate to the resistance of the law,” he said. (davaotoday.com)

LOOK: PROCLAMATION NO. 216 Declaring a State of Martial Law and Suspending the Privilege of the Writ of Habeas Corpus in the Whole of Mindanao. 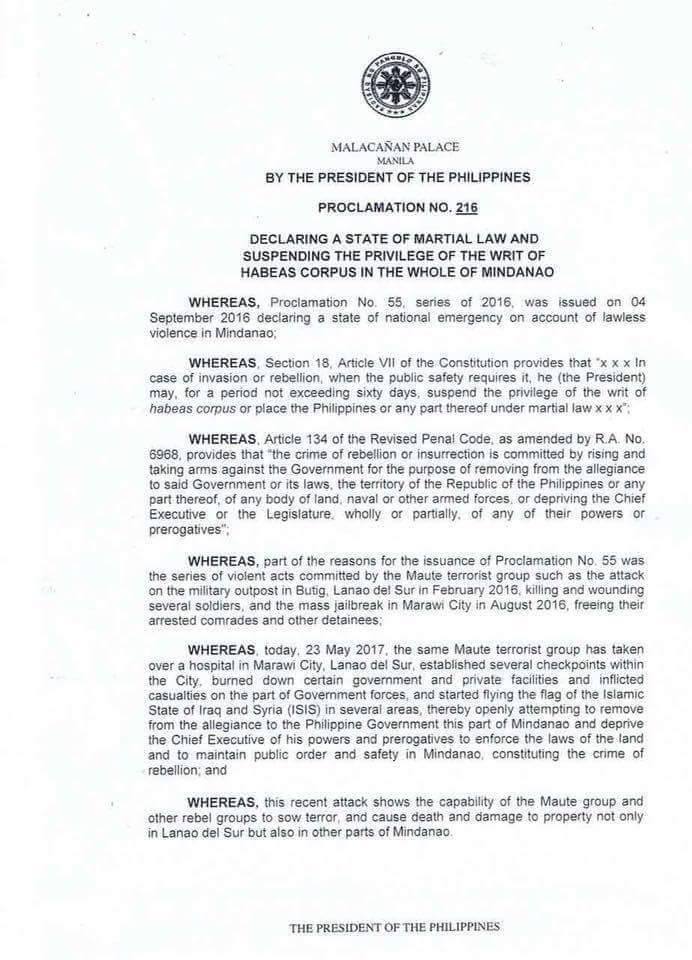 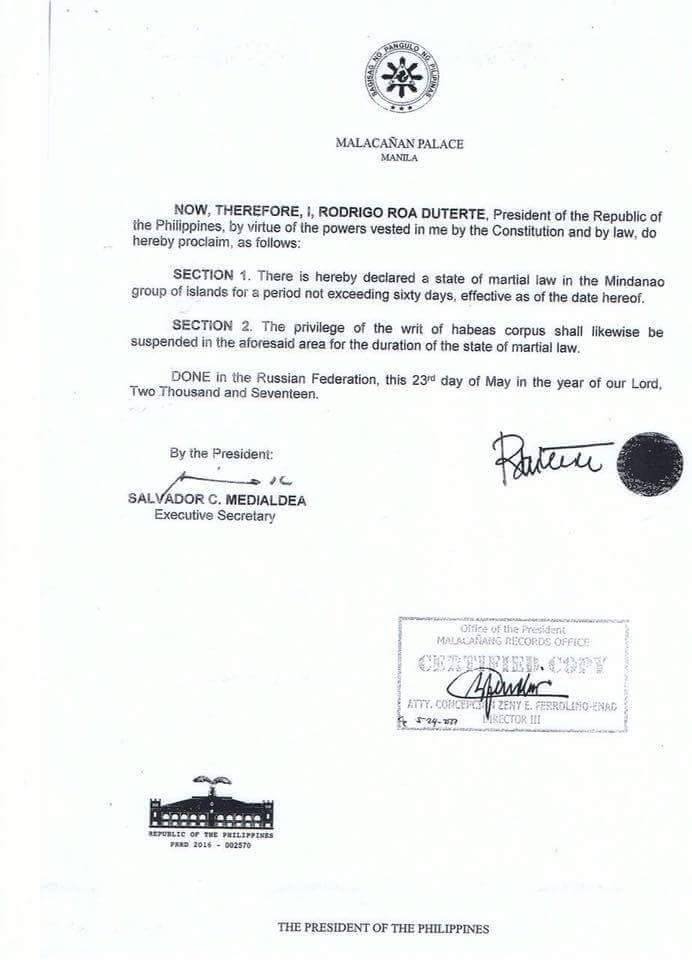