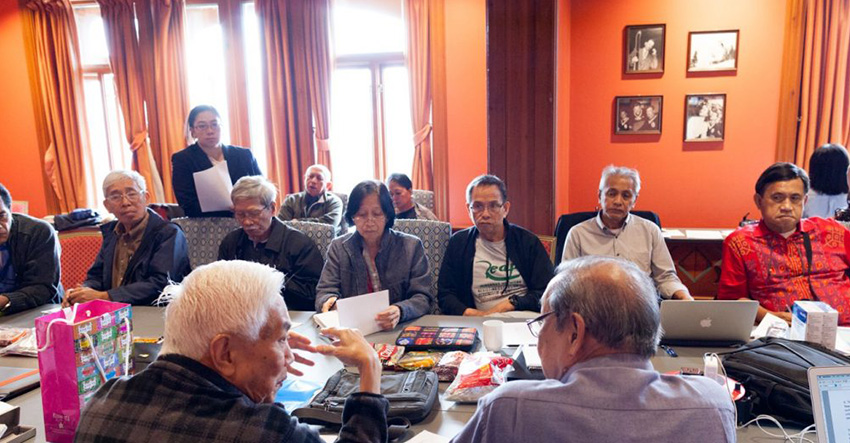 DAVAO CITY, Philippines – Benito Tiamzon, member of the National Democratic Front of the Philippines peace panel nixed the government for its “disinformation” on the reported signing of bilateral agreement come December 10.

“There was obviously a campaign by the GRP to drum up false news about an impending bilateral ceasefire in order to gloss over the serious obstacles put up by the GRP to the forging of a more stable ceasefire,” Tiamzon said.

Tiamzon’s statement was in reaction to a Mindanews report published on Nov. 13 where it quoted GRP peace panel member Silvestre Bello as saying that both Parties are set to sign the bilateral ceasefire agreement.

“Hopefully, we will be able to get the signing of the bilateral ceasefire, end of November or first week of December, although for symbolism we want to have the joint signing of the ceasefire on a very significant day and that is on December 10,”  Bello said.

But Tiamzon  denied that both peace panels have been exchanging drafts on the ceasefire agreements since the resumption of the formal peace negotiations in Oslo, Norway started in August 2016.

He claimed that due to “technicalities,” for instance, of coming up with common definitions of “hostile acts” and “buffer zones” was one of the reasons why the draft bilateral agreement was delayed.

Tiamzon said it is improbable to have a bilateral ceasefire agreement in the near future “in the face of field reports received by the NDFP on AFP and PNP violations of their unilateral ceasefire in Panay, Eastern Visayas and Sorsogon.”

In Masbate, Tiamzon said soldiers have reportedly been conducting maneuvers in the guise of the government’s anti-drug campaign, “Oplan Tokhang,” going house-to-house to question residents.

“Instead of asking about drugs, however, the military has been interrogating residents about the New People’s Army,” the NDF peace consultant said.

He said soldiers are occupying barangay halls, day care centers and even schools “in Cawayan, Dimasalang and Palanas towns and have also been terrorizing the people by repeatedly conducting a census of residents in the communities.”

Earlier this month, Bello said the government eyes a possible signing of a bilateral ceasefire agreement on the last week of November, noting that there are other concerns on the peace talks that still needs to be addressed.

“We have to postpone the signing. There are still several items that need to have a consensus, such as the monitoring mechanism, the parameters of hostile acts, the definition of buffer zones,”Bello said.

In an interview with Davao Today, NDF chief negotiator Fidel Agcaoili also said that they were not aware of the possible signing of a bilateral ceasefire agreement within the month or early December.

Read: Looming GRP-NDF bilateral ceasefire agreement not yet on the table

Both parties are expected to meet January next year for the third round of peace talks. (davaotoday.com)