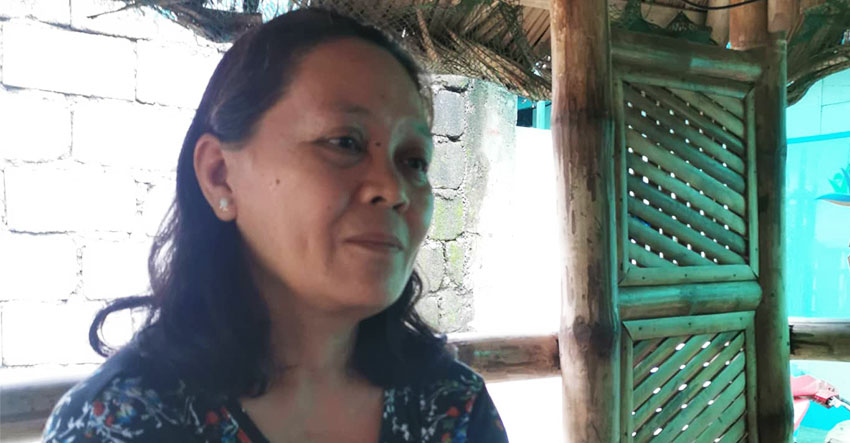 DAVAO CITY, Philippines — The National Democratic Front of the Philippines (NDFP) condemned the arrest of one of their peace consultants for Mindanao, calling this another obstacle to the peace talks.

A joint military and police operation arrested Esterlita Suaybaguio, whom the NDF identified as second consultant for Mindanao, in a raid of a condo unit in Quezon City on Monday, August 26.

Suaybaguio is arrested on a warrant issued by Quezon City Judge Cecilyn Burgos-Villavert of QC RTC Branch 89 and is charged with illegal possession of firearms and explosives, which the authorities claimed were seized in her condo unit.

Agcaoili said Suaybaguio is covered by the Joint Agreement on Safety and Immunity Guarantees (JASIG) with Document of Identification (DI) Number ND 978447 as second consultant for Mindanao.

The NDFP added, a copy of Suaybaguio’s DI is deposited in the safety deposit box under the name of Archbishop Joris A.O.L. Vercammen of the Old Catholic Church of the Netherlands.

Suaybaguio’s arrest follows that of other NDFP personnel and peace consultants who were arrested in recent months, including Vic Ladlad, Adel Silva, Rey Casambre and the couple Alexander and Winona Birondo.

The NDFP called for the immediate release and dropping of false charges against Suaybaguio and other detained NDFP consultants and personnel, saying these arrests are “based on trumped up criminal charges.”

Agcaoili said the arrests and other policies made by Duterte has made the resumption of peace talks difficult.

“The Duterte regime remains on a fascist rampage that adds more and more obstacles to the resumption of the peace negotiations with the NDFP,” Agcaoili said.

“Instead of creating the conditions to enable the resumption of the negotiations, the Duterte regime has unleashed fascist attacks all over the country, especially in Mindanao under martial law as well as in Negros, Bicol and Samar under de facto martial law. To date, Duterte’s Executive Order No. 70 has resulted in the murder of over a hundred activists from different sectors in Negros,” he added.

Duterte “terminated” peace negotiations with the NDF on November 2017 on what the president claims are impossible demands from the NDF.

The peace process was then formulating the drafts for the socio-economic reforms, which is the second agenda of the peace negotiations. (davaotoday.com)