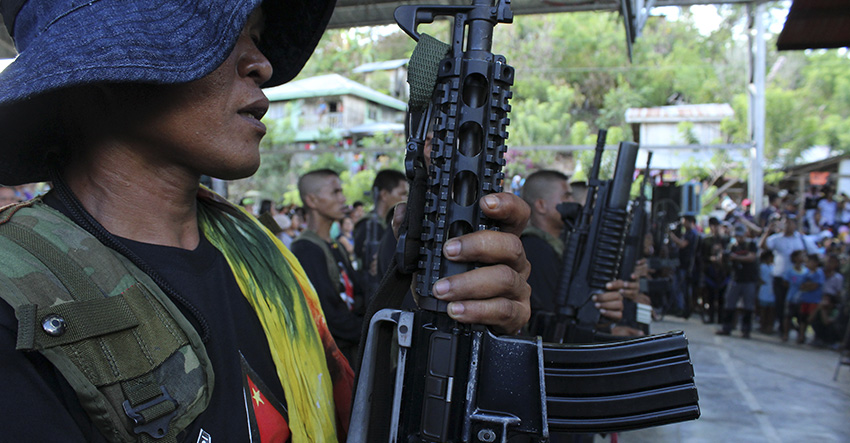 DAVAO CITY – Two days after the killing of an anti-Communist Ata tribal leader Ruben Labawan last July 6, the New People’s Army in Southern Mindanao owned up responsibility in the attack.

In a statement on Friday, July 8, Rigoberto Sanchez, spokesman of the NPA Southern Mindanao Operations Command said the attack was launched by the 1st Pulang Bagani Battalion along the highway of Purok Taong, Barangay Gredu in Panabo City, Davao del Norte.

Sanchez said “Labawan was guilty of blood debts and thereby meted with the death penalty for serious crimes against the people, especially the Lumads and peasant settlers of Davao City and North Cotabato.”

“He was also guilty of grave acts of collusion in the reactionary regime’s campaign of duplicity and disunity among Lumads,” he said.

Sanchez said Labawan was enlisted as an intelligence operative for the Intelligence Service of the AFP (ISAFP) since 2001.

“He had been a fanatic implementer of the AFP’s counter-revolutionary military campaigns that resulted to the numerous deaths, displacement, suffering and hardships of Lumad and peasant masses of Davao City and North Cotabato,” Sanchez said.

The NPA also claimed that Labawan conspired with the military in a “massacre”  that killed indigenous people’s leaders who are allegedly NPA supporters in Paquibato district last year.

They also said that Labawan took an active role in the enlistment of Lumad to paramilitary group, Alamara, a militia group allegedly organized by the military.

“Last year, alongside troops from the 69th IB and 72nd IB he coerced 70 Lumads to join the CAFGU and tagged those who resisted as supporters of the NPA,” said Sanchez.

Sanchez added that Labawan was appointed as an officer of the Mindanao Indigenous People’s Conference on Peace and Development, which “favors capitalist intrusion and plunder” of indigenous people’s ancestral lands.

“Emboldened by the National Commission on Indigenous People, he was made administrative officer of Certificate of Ancestral Domain Claim Nos. 016 and 093 and held CAD Title for 37,000 hectares of ancestral land in Paquibato. This vast land included agricultural areas that have long been tilled by the Lumads but are being peddled by Labawan to agri-corporations and large-scale mining interests,” Sanchez said.

Sanchez also tagged Labawan’s group to the killing of Italian priest Father Fausto Tentorio in 2011 and the NPAs in Paquibato district and Magpet in recent engagements with the government troops.

“The People’s Democratic Government through its Peoples Court has ruled that human rights violators and other enemies of the people must no longer be allowed to inflict further harm against innocent civilians. In the exercise of revolutionary justice, Ruben Labawan has been made accountable for the heinous crimes he has committed against the Filipino people,” he said.

The Army and the police has condemned the killing of Labawan.

The Police Regional Office 11 has also ordered the provincial police to put up a special investigation task group to investigate the killing. (davaotoday.com)