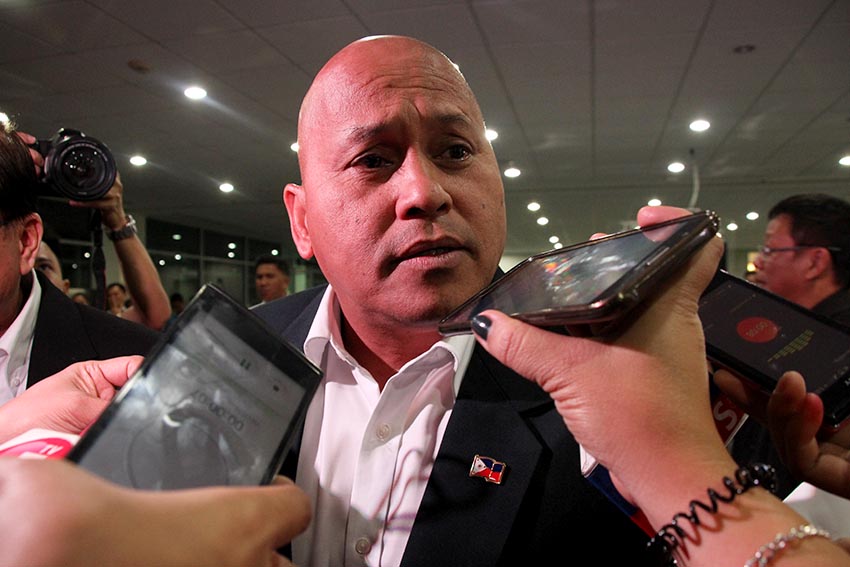 DAVAO CITY, Philippines — National Police Director General Ronald “Bato” Dela Rosa had his choice words to say about the Ombudsman probe on him for accepting an all expense paid trip for him and his family to watch the Pacquiao-Vargas fight last week: “Basta importante, dili ‘to kurakot na kwarta” (What’s important is, it was not stolen money).

Dela Rosa made the comments on early Friday morning in the Davao International Airport after the arrival speech of President Rodrigo Duterte, who was coming home from a state visit to Malaysia.

“Sala diay to? Sige, ug imbestigahan ko eh. Kahirap na makulong ako dahil sa imbitasyon. Tingnan natin. Okay lang ko. basta importante, dili ‘to kurakot na kwarta” (Did I commit a sin? Okay, then investigate me. It would be difficult to be imprisoned because of an invitation. Let’s see. I’m okay. What’s important is, it was not stolen money), Dela Rosa said.

In an interview, Dela Rosa admitted that his and his family’s trip to Las Vegas — inclusive of tickets, accommodation, and even allowances, to watch Sen. Manny Pacquiao’s fight against Jessie Vargas was paid for by the senator himself.

Pacquiao reportedly bought some 2,000 tickets for his friends – which included government officials including Dela Rosa and Justice Secretary Vitaliano Aguirre, to watch his first fight after winning as Senator.

On Thursday, Ombudsman Conchita Carpio-Morales initiated a probe on Dela Rosa for possible liability for accepting the all expense paid trip.

Under the Republic Act 6713, “public officials and employees shall not solicit or accept, directly or indirectly, any gift, gratuity, favor, entertainment, loan or anything of monetary value from any person in the course of their official duties or in connection with any operation being regulated by, or any transaction which may be affected by the functions of their office.”

Presidential Decree No.46, signed by former President Ferdinand Marcos in 1972, prohibits public officials and employees “whether of the national or local governments, to receive, directly or indirectly, and for private persons to give, or offer to give, any gift, present other valuable thing on any occasion.”(davaotoday.com)