What keeps the NPA busy during ceasefire? 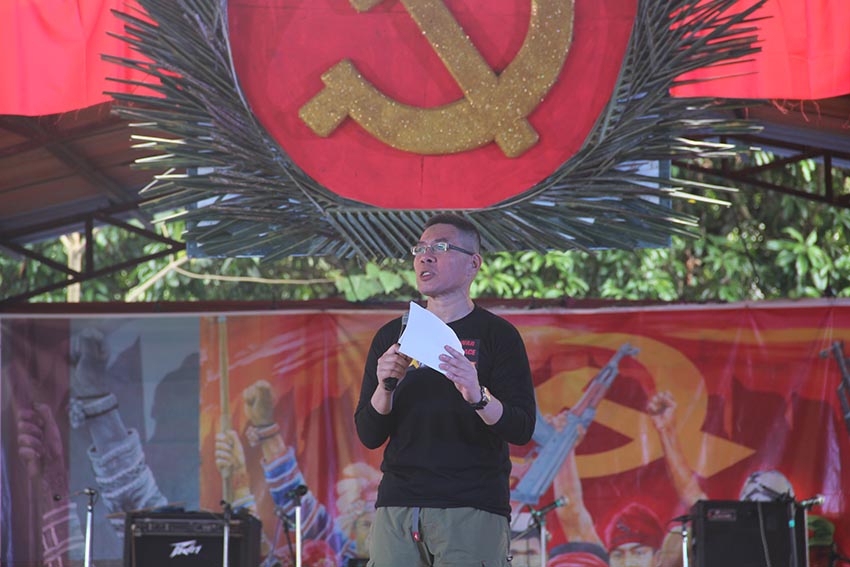 DAVAO CITY, Philippines — When the Central Committee of the Communist Party of the Philippines and the National Operational Command of the New People’s Army issued an indefinite ceasefire back in August 28, the communist rebels across the country took the opportunity to do more productive tasks on their assigned units.

“While there is an ongoing ceasefire with the NDFP and the government, it doesn’t mean that the New People’s Army are idle all throughout the duration of the ceasefire,” Ka Joaquin, a Red fighter, told the media reporters last Monday on the occasion of the CPP’s 48th founding anniversary at Paquibato District in Davao City.

Ka Joaquin pointed out that NPAs, in fact, have been busy doing “important non-combat tasks.”

“First and foremost, the basic military and political trainings of NPAs in their respective units are being conducted to consolidate and strengthen themselves ideologically and politically,” he said.

Apart from the military trainings, Ka Joaquin said that NPAs have also attended several educational sessions such as doing focus group discussions in the communities about the ongoing peace talks with the NDF and the government.

“There are trainings, educational sessions being conducted as well as basic Party courses in their units for them to improve their political and militaristic skills,” he added.

In a statement on Monday, the CPP said that the communist rebels must focus efforts at completing the three-level study course, namely: the Basic Party Course, The Intermediate Party Course, and the Advanced Course.

“The task of leading study meetings should not be limited to cadres in education departments but must be shouldered by the biggest possible number of cadres. There must be a greater number of decentralized than centralized educational discussions and study meetings,” it said.

On the other hand, NDF Senior Adviser Luis Jalandoni, who attended the CPP’s anniversary celebration, emphasized that NPA, the armed-wing of the CPP, won’t lay their arms despite the development of the ongoing peace talks with the government.

Jalandoni said that NPA is vital to the comprehensive peace agreement, specifically in ensuring the implementation of the socio-economic reforms.

“Once there is comprehensive peace agreement, the NPA will continue to defend the masses in the programs of land reform, national industrialization, environmental protection, and national defense,” he said.

The NDF senior adviser continued, “hence, the NPA is really needed. They should not be disbanded but instead strengthen them to defend whatever gains that are (already) achieved.” (davaotoday.com)