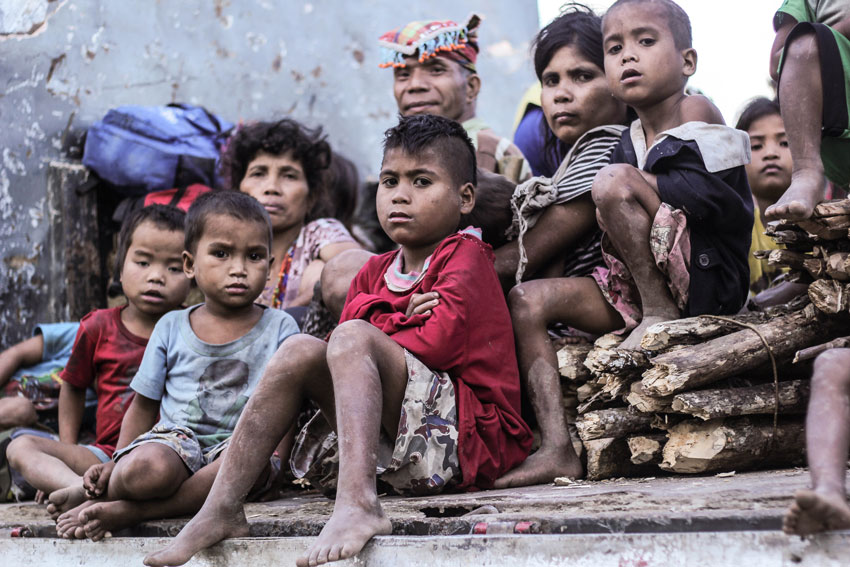 PEACEFUL ONLY IN SLEEP

This Agusanon Manobo family sleeps off their exhaustion in Bankeohan Gym after riding eight hours to Davao City to seek refuge. Some 500 Manobos fled their village in Loreto, Agusan del Sur from military troops 24, and were not welcomed by their governor when they sought his help. (davaotoday.com photo by MEDEL V. HERNANI)