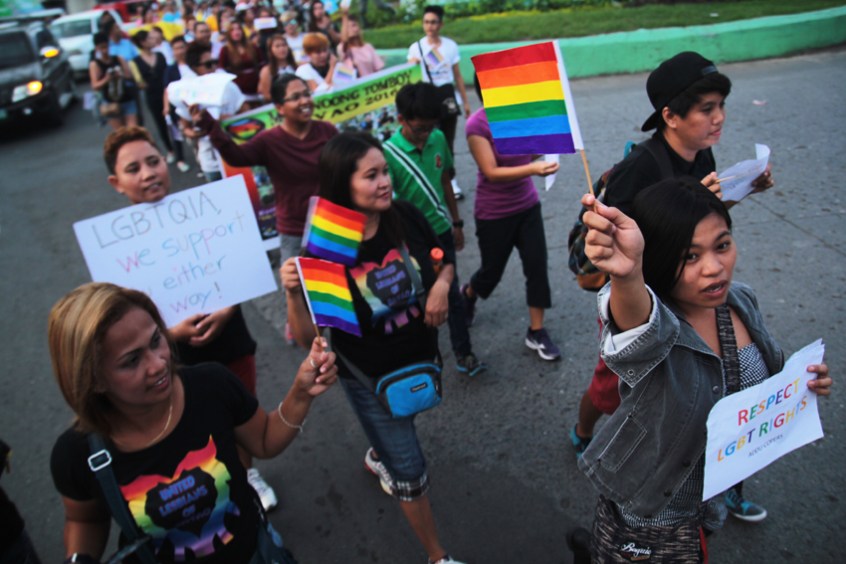 LGBT groups all over Davao City marched starting from Freedom Park in Roxas Avenue and ended at the People’s Park located at Palma Street where a program was held.

One of the attendees was Yna Bote, 26 years old, a writer and currently a law school student of Ateneo de Davao University. She was invited to perform spoken word poetry during the program of the event.

She said that the poem she performed was her life story.

“There is no title of the poem; it’s like a general “hugot” of life,” Bote said.

Bote cited an example of the struggle as she fights for her sexuality.

“The other day, I texted my mother that I will be a speaker in an event this Wednesday and requested her to sponsor for my pampering. She approved immediately but when I told her the event is about LGBT, she instantly hesitated,” Bote said.

She said that she promptly told her mother that she is not doing this for her parents, but for her self.

“I was crying. But come to think of it, I have it so much easier than other people, people who were really disowned by their families or even worst,  people who can’t even admit it to themselves,” Bote said.

She said that she was close with her family when she is growing up but when she confessed that she is a lesbian, she said she felt the gap.

As for advice, Bote said that people who are still struggling of coming out should “take as much time as they need because it’s hard to fight who you really are.”

“It will take time for you to tell who you really are and accept it; you must not rush since it will be your loss,” she said.

Bote said that the event was overwhelming “because before,  the LGBT events should be packaged in such a way that it’s not too serious or like a fashion show.”

“To have an event like this, which is solemn and festive at the same time, allows people to be present without having fun with music and drinks, it says a lot how far Davao has come,” she said.

Bote said that from shutting the LGBT community before, now there is already a venue where they can say what they want.

“Now, we will be able to gather people without having to fear being ridiculed by other people,” she said.