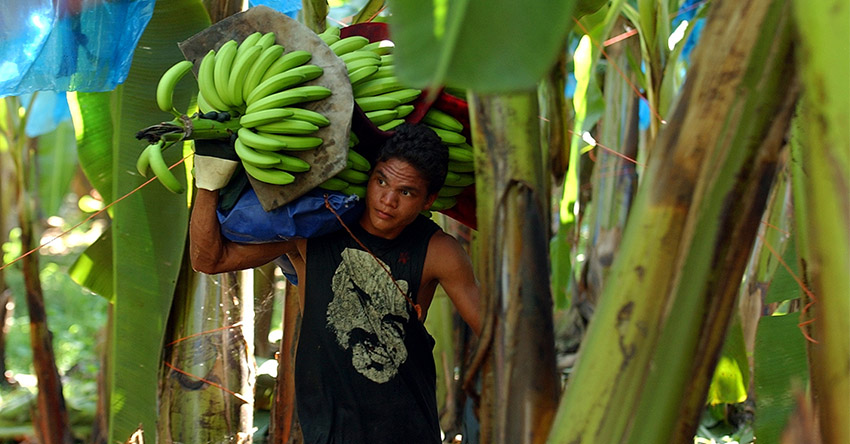 DAVAO CITY, Philippines – A group of exporters stressed that the long-term solution to the banana industry’s existing security issues is to resume peace talks between the government and the communist rebels.

“To me, I cannot see any solution apart from peace talks,” he told a press conference on Monday, Sept. 4.

The banana exporters said the country’s industry continues to suffer due to the harassment and attacks of the armed groups on plantations.

Various stakeholders of the industry have expressed concern over the killings and arson done by the New People’s Army (NPA) for not paying “revolutionary taxes.”

In April this year, the NPA conducted a series of attack in Davao City against the Lapanday Foods Corporation (LFC), a Mindanao-based grower, supplier and exporter of bananas.

The burning of three facilities of the LFC in Mandug and Calinan resulted to an estimated P2-billion loses. Hundreds of employees were also displaced during the incident.

The NPA said their “annihilative and punitive action” against the LFC “serves as revolutionary justice for landless tillers and exploited workers of its banana plantations and manufacturing plants in the region.”

In August, Stanfilco division of the Dole Philippines, another leading exporter of bananas, was also forced to stop its operation in three municipalities in Surigao del Sur following a number of reports of harassment carried out by the communist rebels. However, its operation resumed after the provincial government assured to provide security assistance.

“The long-term solution is probably a peace and order agreement between the government and the Communist Party of the Philippines,” Marañon said.

However, President Rodrigo Duterte declared in July that the government will no longer pursue the peace negotiations because of the communist party’s continuing offensives including the “extortion activities” and the lack of sincerity.

While the government has not yet issued a formal notice to terminate the talks, Marañon said they are still hopeful for the peace negotiations to resume.

Marañon mentioned that they are also looking forward to hear out solutions from Defense Secretary Delfin Lorenzana, one of the speakers of the upcoming Banana Congress which will be held on October 12-13, at the SMX Convention Center, Lanang, Davao City. (davaotoday.com)