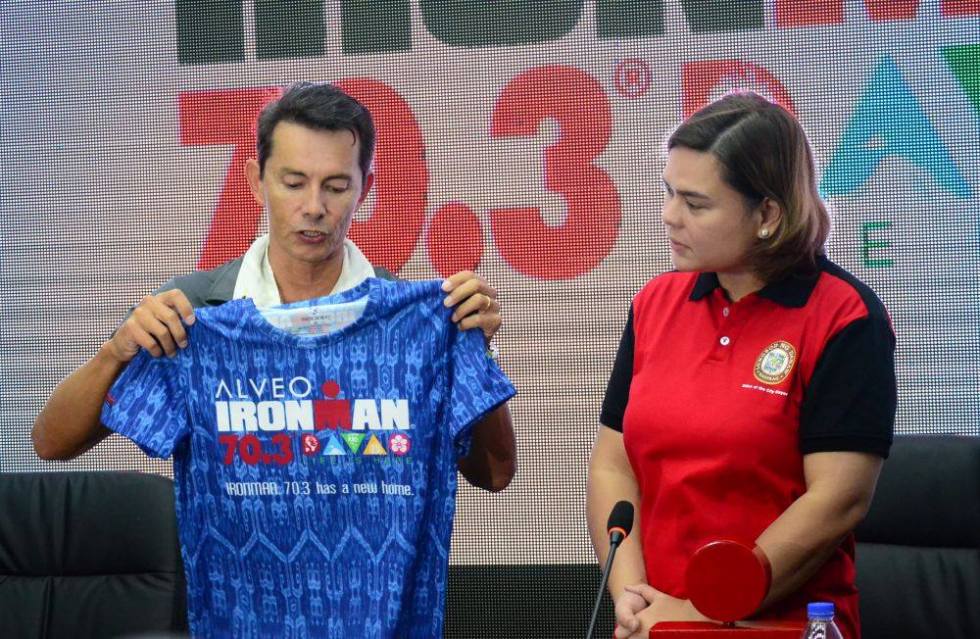 DAVAO CITY, Philippines – The city government of Davao is set to raise P30 million for what is touted to be the biggest triathlon competition in Asia next year.

The Alveo Ironman 70.3 Davao triathlon race on March 25, 2018 will receive support through a trust fund from the government here.

Davao City Mayor Sara Duterte on Wednesday, September 20, said the city is hopeful that the private sector would help contribute to the fund.

It will be the first time that the prestigious triathlon will set foot in Mindanao and the first time to have its first full-distance race in the Philippines, said Wilfred Uytengsu, Jr., chief executive officer of Sunrise Events, the main organizer of the race.

Duterte stressed that the event will be an opportunity for the city to bring in more tourists.

“With Ironman 70.3, we hope to bring the world’s attention to the beauty of Davao City and Mindanao,” Duterte said.
Uytengsu, also the president of Alaska Milk Corporation, stressed that the event aims to gather over one thousand triathletes from all over the world with 60-75% Filipino athletes and 25-35% from other countries.

The race will begin with a 1.9 km one loop swim at the mix-used property developed by Ayala Land Inc., followed by a 90km bike and take the 21.1-kilometer run on Davao’s commercial district.

Duterte said that the race will be one of the sporting events that will complement the influx of tourist arrivals during the Kadayawan festival. The city will also be hosting the Davao Region Athletic Association (DAVRAA) Meet in 2018 and the Palarong Pambansa in 2019. (davaotoday.com)