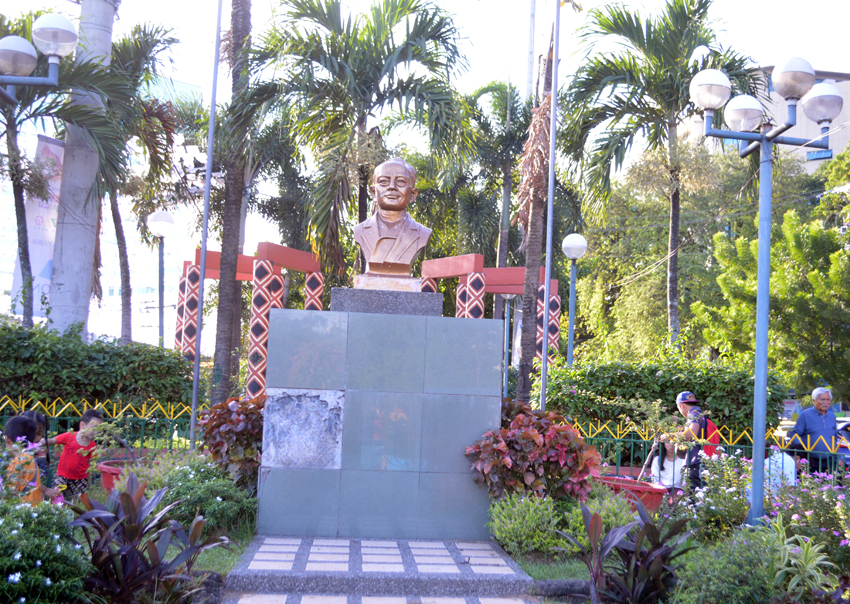 DAVAO CITY, Philippines — On this day in 1945, an archipelago nation of more than 17,000 islands witnessed a realization of its struggle against a colonial government. Sukarno, the leader of a nationalist movement against the Netherlands, declared independence in Jakarta, the capital of what is now called the Republic of Indonesia.

Thousand of miles away from Jakarta, a city outside the Southeast Asia’s largest democratic state quietly pays respect to its neighbor’s struggle. Here at Davao City’s Millennium Park along Roxas Avenue lies a monument of an Indonesian hero.

Apart from the more popular hero Soekarno, Dr Gerungan Saul Samuel Jacob Ratulangi was an important figure of the Indonesian independence movement. Born on November 5, 1890, he fought against Dutch colonialism by educating the masses.

Better known as Sam Ratulangi, he was arguably the first Indonesian to have earned a PhD in Physics and Natural Sciences from of Zurich. Upon finishing his higher education, he returned to Indonesia to teach sciences to high school students in Yogyakarta.

Eventually, Ratulangi would find his passion in the world of journalism.

In 1934, with the help of prominent psychologist Amir and activist Pieter Frederich Dahler, they established Indonesian-language weekly Peninjauan, where Ratulangi criticized colonial policies, especially those injustices experienced by Indonesian workers. Such endeavor was viewed by the Dutch colonial government as threat.

In 1936, he was arrested and jailed, but this did not stop him from writing Indonesia in den Pacific, a book which foresaw Japanese invasion in the Indonesian archipelago. The book was published in 1937, and was later followed by the establishment of Nationale Commentaren, a magazine written in Dutch that influenced nationalist thinking.

He later joined as a member of Dutch East Indies Council, where he would deliver speeches threatening the Dutch government against discriminatory policies against the local people. Because of his political dissidence, the colonial government arrested him in 1941.

His involvement in politics grew deeper when he joined the Preparatory Committee for Indonesian Independence, a body that prepared the transfer of authority from the Japanese who occupied Indonesia during the World War II.

On August 18, 1945, a day after the declaration of independence, Ratulangi was appointed as governor of Sulawesi Province in Makassar. On April 5, 1946, he was again arrested by the Dutch and exiled to Papua. He was freed temporarily on March 23, 1948, but was re-arrested on December 25, 1949. He died in June 30, few months after he was released due to his already failing health. His remains were buried in a hill located in Wawalintouan Village in Minahasa Regency.

The late president Soekarno posthumously awarded the National Independence Hero upon Ratulangi in August 1961 for his noble contributions to the country. He was known for his expression, Si Tou Timou Tumou To, a Minahasa phrase which means “humans live for the sake of others.”

Ratulangi’s monument also serves as a remembrance of the city’s sisterhood with Manado in North Sulawesi which stretches back to 1993. (davaotoday.com)