Tourist arrivals in the city up by 3.6 percent in first half of 2017 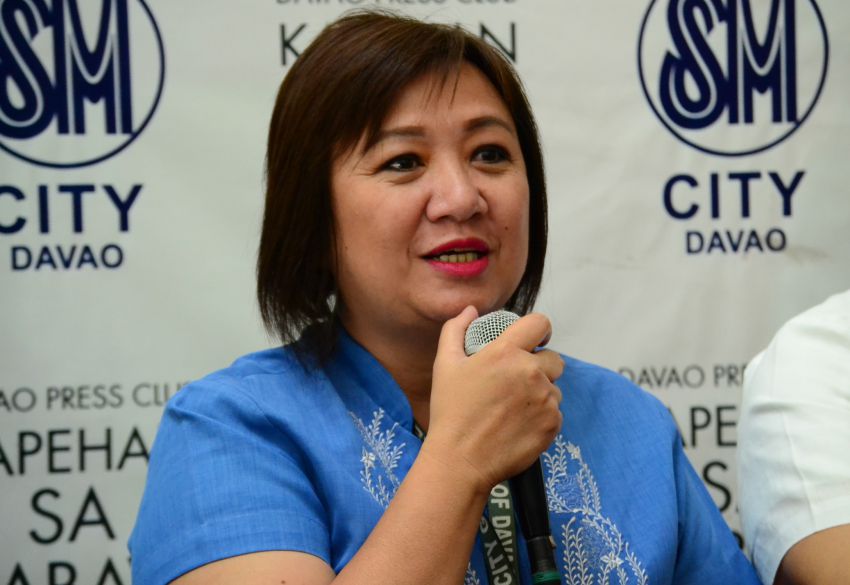 INCREASE​D​ TOURIST ARRIVALS. City Tourism Office Operations Officer, Generose Tecson says she is hopeful that more tourists will be coming here in the city for the Kadayawan festival which is set to kick off next week. Tecson told reporters on Monday, August 7, the number of tourist arrivals in Davao City during the first quarter (January to June) reached 930,136, a 3.6 percent increase compared to last year’s 896,938 of the same period.(Robby Joy D. Salveron/davaotoday.com)

DAVAO CITY, Philippines –The City Tourism Office ​said it ​recorded an increase of tourist arrivals in the first half of the year compared to 2016 data, an official said.

Tecson attributed the increase to the launching of Association of Southeast Asian Nations (ASEAN) in January held at the SMX Convention Center here.

Tecson added they are targeting two million visitors here ​for ​the whole year of 2017.

However, the influx of tourists was affected by the declaration of Martial law. In June this year, only 123,343 visitors were recorded, compared to 152,678 tourists in June ​last year.

Tecson stressed she is hoping that more tourists will come here especially that Kadayawan festival is set to kick​ off next week.

“We’re still hoping that our arrivals here will increase after Kadayawan that this will go on until December,” Tecson said.

“That’s why we are asking for the help of the Dabawenyos. Ask your friends to come here, to visit, kahit walang Kadayawan just to be here in Davao and experience what we have now,” she added.

With less than a week before Kadayawan festival, Tecson said bookings and reservations of hotels for the week-long celebration here in the city already reached up to 85 percent.

Tecson said they are trying to have an inventory of rooms of hotels, pension houses and other accredited accommodation facilities in the city to be able to accommodate tourists during Kadayawan.

“We want to be able to distribute tourists so we’re trying to do an inventory for us to be ready on the visitor’s information counter in the airport so that if the visitors ask for hotel rooms, we can answer them and to make sure that we can accommodate the tourists,” Tecson said.

“We have to show that we are confident with what we have here and we are. We can see that so much activities going on, so much interest not only from local players but especially foreign players right now even so with the challenges that we have so many groups that continue to show interest inspite of what is perceived as a problem here. Obviously there are many who see the diamond in the rough and they want to come and really enjoy Davao City,” Go said. (davaotoday.com)