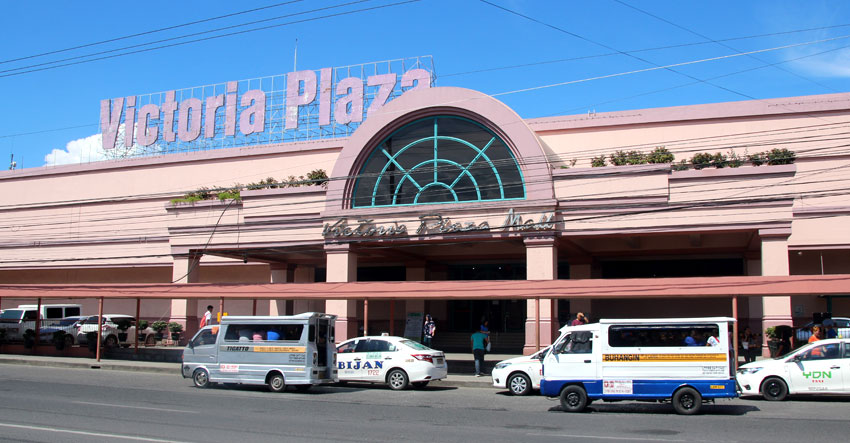 Victoria Plaza, the first shopping mall in Davao City opened in 1993, will be transforming into a modern, up-to-date business hub. (Mara Genotiva/davaotoday.com)

DAVAO CITY, Philippines — Victoria Plaza will no longer be the same in the coming days as its new owner has already laid out plans for its transformation into a much modern, up-to-date and cutting-edge business hub in Davao City.

For the residents of Davao City and the nearby provinces, towns, and cities, Victoria Plaza was the popular reference point, meeting place, shopping and grocery stores, and a well-liked hang-out for those who wanted to have coffee breaks, and even lunch and dinner.

Now, Victoria Plaza has a new owner and management, the homegrown New City Commercial Corporation or the NCCC Mall.

NCCC president Sharlene A. Lim announced that part of the innovation they wanted to carry out inside the 9.6-hectare property is the construction of eight more buildings, each with at least 20 floors.

Lim said the buildings would house the company’s headquarters and at the same time serve as a shopping mall, office and commercial spaces, and Business Process Outsourcing (BPO) hubs.

Some buildings will also be part of a five-star hotel and serviced apartments through proposed joint venture deals.

“We hope to get this running sooner, kasi if it’s just us, if it’s up to us, hindi naman namin kaya ito i-develop right now. But because of its location and everything, I think there are a lot of people who are interested to come in and bring this vision come to life,” Lim said.

The master plan of the new complex and business hub was formally unveiled last March 27, Wednesday. 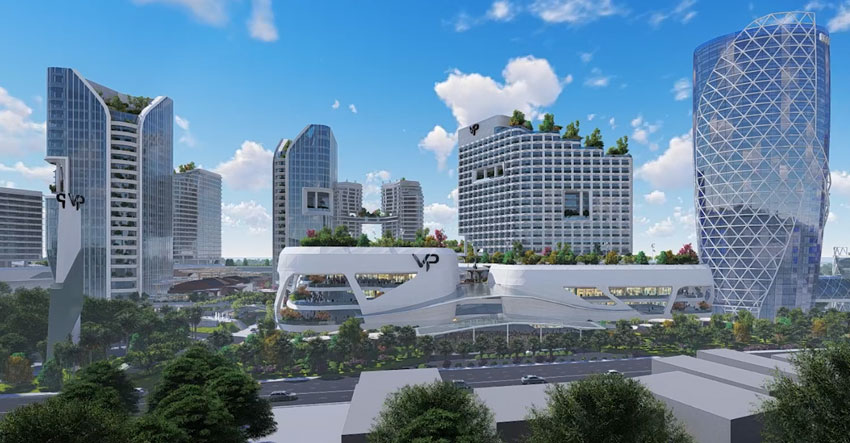 It was designed by Elements Habitare, a Hong-Kong-based company that also designed some iconic buildings in Asia, to include the Marina Bay Sands of Singapore, the Galaxy Macau, and the Okada Manila.

One of its developers is D.M. Consunji Inc., which NCCC has a long-standing partnership.

When asked by reporters if the brand name Victoria Plaza will be retained, Lim answered: “It will be taken into consideration.”

She said they will first work for NCCC supermarket and department stores to operate at Victoria Plaza.

She added that mall tenants and existing restaurants located inside Victoria Plaza property will be provided a space in the new complex.

Victoria Plaza has over 300 tenants including ukay-ukay vendors, boutiques, and electronic shops.

Walter V. Melicor, chief financial officer of the Elements Habitare said the development of the new business complex will be implemented into five phases.

The property will include green spaces, as required by the local government, he added.

In Melicor’s estimate, the entire development of the project will run from seven to 10 years, depending on the processing of the permits and other factors that he did not identify.

The buildings will be inspired by the symbolic icons of Davao like the waling-waling orchid and mangosteen and will be at par with world-class developments, he added.

Although Lim said they would retain and maximize the existing Victoria Plaza structure, but for Melicor, the existing building might not support the proposed design.

“We are moving forward to the future. [The] sentimentality will always be there, in the place but not in the buildings. We have to enhance and make it an iconic building at par with the world,” he said.

Victoria Plaza, previously owned and managed by Davao Sunrise Investment & Development Corporation of the Limso family was opened in 1993.

It is known as the first shopping mall in the Davao region. (davaotoday.com)