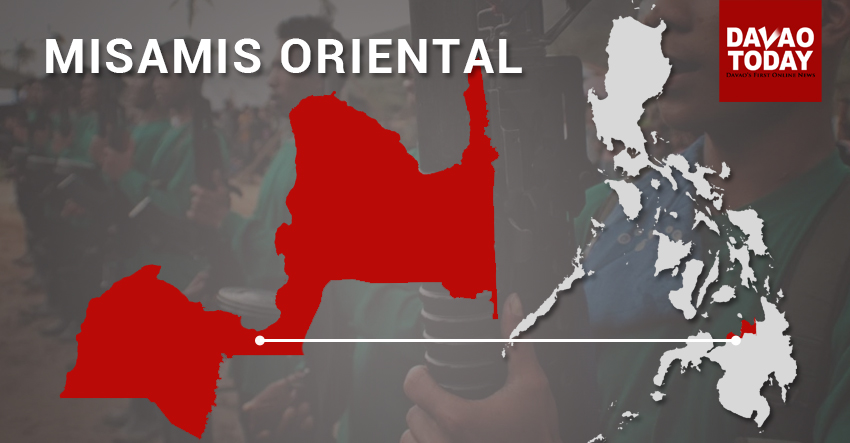 ILIGAN CITY, Philippines – A member of the 4th Mechanized Infantry Battalion was killed in an encounter with the New People’s Army (NPA) in a Misamis Oriental town on Sunday, November 12.

Col. Alex Aduca, commander of the said battalion, identified Technical Sergeant Edgar Andal as the casualty. Corporal Raymart Pamplona, who was with Andal during the incident, survived the attack.

The two soldiers were onboard a motorcycle driven by Pamplona, and were on their way to check the road networks in the province following series of heavy rain, said Aduca.

Aduca said there were coming from their patrol base in Sitio Dunggoan to Sitio Kalamalamahan when they saw a checkpoint, apparently not belonging to government troops.

“Tey realized that they were already surrounded by men who would later attack them,” said Aduca.

Pamplona, although wounded, was able to drive back to their patrol base, but Andal fell on the ground as he was hit by the firing.

The NPA has yet to release a statement regarding the incident but both the military and the Police Regional Office 10 claimed it was carried out by the rebel group’s North Central Regional Committee.

For sometime now, Aduca said the NPA operates at the boundaries of Misamis Oriental and Bukidnon, uncluding Rogongon, a boundary of Iligan City in Lanao del Norte.

The group is now occupying a community called Malagsom in Sitio Libandayan, Rogongon, an area formerly occupied by the workers of a construction firm behind the road projects of the government. (davaotoday.com)