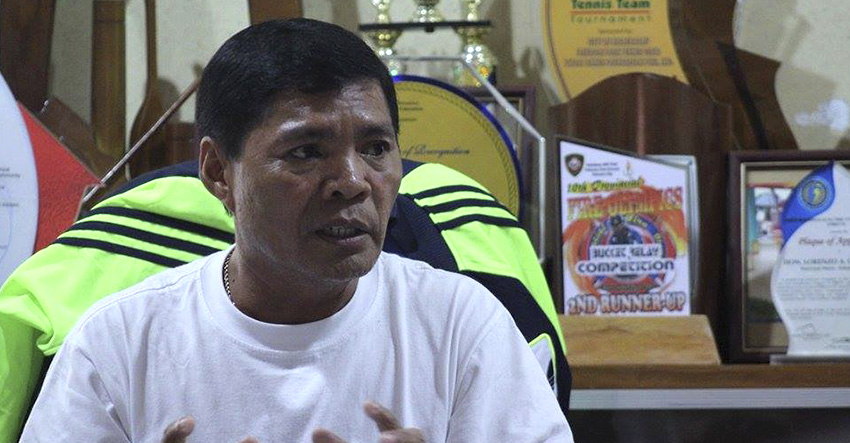 Mayor Gawilan Jr. issued this call in a memorandum on Monday with the approval of the Kitaotao Sangguniang Bayan (Municipal Council) during the hearing attended by the teachers, administrators and students of the Fr. Fausto Tentorio Memorial School ran by Misfi Academy, who were invited to the council to testify about the incident.

White Culaman Barangay Chairman Felipe Cabugnason will face administrative charges of abuse of authority for his action on October 23 of closing down the school in defiance of the order of the Department of Education Region 11.

Vice Mayor Rodito Rafisura in a phone interview with Davao Today said they already gave Cabugnason a copy of the complaint of Misfi “for him to answer within seven days.”

“When we receive Cabugnason’s reply, we will again call the Misfi to conduct the preliminary hearing. After which, if there is no amicable settlement, then we will proceed to hearing. If found guilty, a penalty will be imposed against the Punong Barangay (village chief),” he said.

The Mindanao Interfaith Services Foundation Inc. (Misfi) administrators will also be filing criminal charges against Cabugnason for grave threats and violation of the law on Protection Against Child Abuse, Exploitation and Discrimination (RA 7610) which prohibits the use of schools and other public infrastructure for military structure.

Cabugnason has earlier ordered the closure of the school issuing a Barangay Memorandum Order on allegations that it has links with the New People’Army.

In a statement, Save Our Schools Network spokesperson Rius Valle said two school teachers and students recounted that on October 23 “Cabugnason brought a group of 100 people, including barangay tanods (peacekeepers), plain-clothes soldiers and residents who tore down the school fence.”

“The children, frightened and in tears, said Cabugnason separated students who are not residents of White Culaman from the group and accused some students that their parents are NPA rebels,” he said.

He said Cabugnason ordered them to pack their belongings, padlocked the school and urged teachers and 20 students to leave White Culaman.

Students who are residents of White Culaman were forced to stay behind.

The students and teachers have sought refuge in the parish of Our Mother of Perpetual Help in Arakan, North Cotabato under the care of Fr. Peter Geremia, PIME, head of the Fr. Fausto Tentorio Foundation.

The Army has denied that they have involvement in the closure of the school.

The mayor also issued another memorandum to Cabugnason ordering him to fix the school fence, and order members of the 8th Infantry Battalion to vacate the school premises so that the school can immediately resume their classes.

The group lauded the Kitaotao LGU “for their fast action and support to the school.”

“We commend the local officials of Kitaotao for seeing the malicious actions of Cabugnason that violates the law which guarantees protection of children and schools from attacks, especially from armed persons or groups like the military,” said Valle.

“With these resolutions, we hope that the community, which we believe has been coerced or threatened by Cabugnason and the 8th IB, would have their peace restored, and the children can resume their classes without fear of their so-called captain and soldiers harassing them,” he added.

The school provides its students free schooling and lodging with allowances.

Meanwhile, Sulong Katribu Partylist condemned the closure of the school.

First nominee Jomorito Goaynon, in a statement to the press said “the closure of the school is an attack to our right to education and self-determination as indigenous peoples.”

He said the branding of the school as having links with the NPA “is a dangerous act.”

“It can lead to the justification of the harassment done to students and teachers,” said Goaynon. (davaotoday.com)