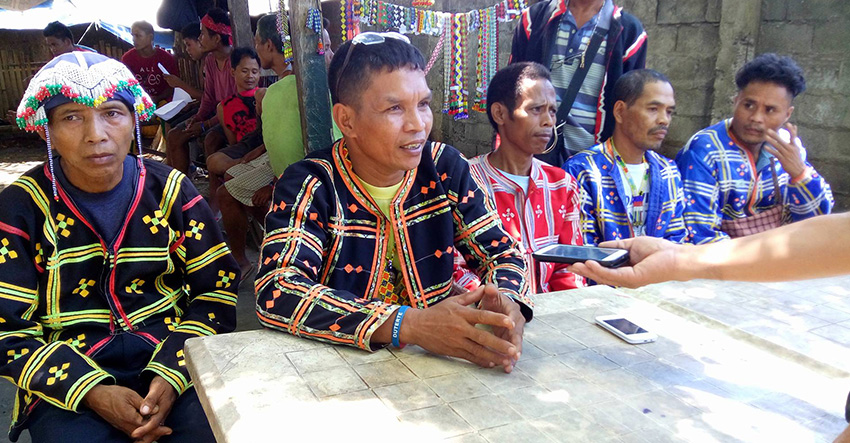 DAVAO CITY – Lumad leaders who sought refuge in a church compound here congratulate President-elect Rodrigo Duterte and remind him of their long pending issue of displacement.

Bontulan, together with more than 400 Lumads in a vacated compound in United Church of Christ in the Philippines – Haran are hoping for the newly elected President to help them.

Duterte has openly supported the plight of the Lumads.

“Even in small things, he lets us stay here and even conducted dialogues with us.” Bontulan said.

On April 2014, Manobos from the hinterlands of Talaingod, and other nearby communities in Davao del Norte hiked down the mountains to the city and sought refuge at the UCCP Haran, their historical sanctuary years back, due to military occupation in their communities.

After a month of stay, the Manobos were able to return to their communities after Davao del Norte Gov. Rodolfo del Rosario and Davao City Mayor Duterte supported their calls to withdraw military troops in their communities. A year after, they came back at the UCCP Haran with the same issue.

The leaders then asked Duterte to help them.

“Now that he will be President, we expect the paramilitary group, Alamara to be disbanded and the rights of the Lumads respected,” Bontulan said.

“We call for the pullout of military troops and paramilitary groups in our community, to stop the attacks on their schools, and prosecute the military who committed violations.”

But, if Duterte could not help them, Mintroso said that their struggle will continue.

Bontulan also said that the Lumads “will never stop condemning whoever is seated in Malacañang if he will also violate the Lumads’ rights and will not do his job.”

Aside from the pullout of military troops in their communities, the Lumads have also called on a ban on mining in their areas.

Duterte will be starting his term as the president of the Government Republic of the Philippines after June 30, his oath taking ceremony. (davaotoday.com)