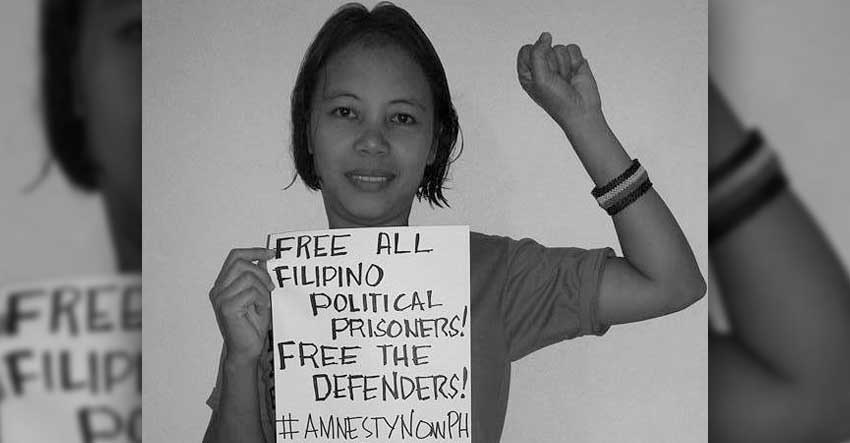 DAVAO CITY, Philippines – Another activist was shot dead in Bacolod on Monday night, raising alarm from groups that the “killing spree” against defenders continue despite the pandemic.

Zara Alvarez, 39, was gunned down around 8 pm at Barangay Eroeco, Bacolod City in the province of Negros Occidental, a province that has seen political killings in the past years.

Alvarez was the advocacy officer of the Negros Island Health Integrated Program (NIHIP), a community health group, and was a former paralegal of Karapatan and coordinator of Gabriela Women’s Partylist.

Renato Reyes, secretary-general of the progressive Bagong Alyansang Makabayan (Bayan), said the murder of activists did not cease in the past few months during the COVID-19 pandemic, and has targeted those in the frontlines of helping the poor who are suffering from the pandemic, including Kadamay’s Carlito Badion in Leyte, Bayan Muna’s Jory Porquia in Iloilo, and now Alvarez in Negros Occidental.

On his Facebook post, Reyes said: “The grim reality, it appears, is that even during the pandemic, the regime has not stopped its war on activists and human rights defenders. We have not heard this regime condemn in the strongest terms the continuing killings of activists. Either the regime simply does not care or it is in fact complicit in such killings. When will the Philippine government act to stop the killings? When will it say, ‘Enough!’?”

Bayan calls for a “speedy and impartial” investigation with regards to the spate of killings of activists. Reyes fears that such trend “can be made such worse under a terror law enacted against dissent.”

Karapatan said Alvarez is the 13th human rights worker from their group killed under the Duterte administration.

She was included in the initial list of at least 600 names in the Department of Justice’s 2018 proscription case to declare them as members of the “terrorist” Communist Party of the Philippines-New People’s Army (CPP-NPA). Alvarez’ name along with many others were stricken off the list but she continued experiencing threats and surveillance in her work.

Posters that red-tagged her and other activists and advocates spread over Bacolod City, which hincluded human rights lawyer Benjamin Ramos, who was also shot dead in November 2018.

While grieving on the killing of fellow human rights worker, Jay Apiag, secretary-general of Karapatan Southern Mindanao Region said they are “in extreme rage” since the killing marked that human rights defenders are not spared.

Recently, posters from anonymous sources had been spread in Davao City, tagging several activists and human rights defenders in Davao Region as “terrorists” and “berdugo (murderers)”.

“Zara’s episode before she was murdered is the same episode of many vocal rights worker, and is not far from happening to us also as staunch human rights defenders under this monstrous regime,” Apiag said.

Apiag added: “We will never relent in demanding justice for our slain colleague. Her legacy in advancing our rights will always be celebrated and remembered.”

The Council for Health and Development (CHD), in which Alvarez served as a member of its Board of Trustees, extended their sympathies to Alvarez’ family and friends.

“From the fields and communities of Negros to human rights conferences around the world, Zara truly believed that the right to health was a right worth defending,” the CHD said in a Facebook post.

“We may have lost you to the hands of those murderers but we plesge to keep on keeping on the struggle for a better society where the right to health and right to life are fully recognized, and the peoe are empowered to build a brighter future,” it added. (davaotoday.com)