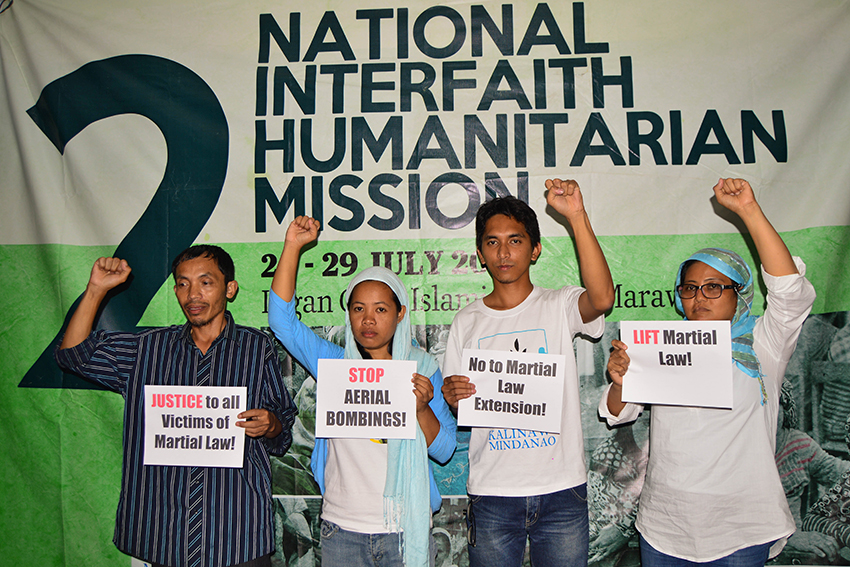 Amirah Lidasan, convener of Kalinaw Mindanao, the group who spearheaded the NIHM, said they recorded four victims of extrajudicial killings, five victims of torture, two victims of enforced disappearance, and 45 victims of illegal arrest, 25 of whom ​we​re now languishing in jails.

Among the notable cases recorded by the NIHM ​wa​s the case of Arafat Lala, who was arrested on July 23 in an evacuation center in Saguiaran Town, Lanao del Sur on grounds that he was an alleged member​ of the Islamic State-linked Maute Group.​

His wife, Noraidah, as well as Department of Social Worker and Development social worker Monera Macatoon Rascal, attested to Arafat’s role as a volunteer leader in the community.

The NIHM also recorded the arrest, detention, and torture of a yet unnamed 36​-​year​-​old man and this two sons.

Aida Ibrahim, spokesperson of Tindeg Ranao, said the man and his sons were “forced to admit” that they were members of the ISIS. She said soldiers dripped candle wax onto the hands of their prisoners, who were also handcuffed​, a police procedure called paraffin testing to determine the presence of gunpowder.

Ibrahim declined to name the victims, as one son is still in the custody of the authorities.

The mission also conducted two medical missions that served 502 evacuees. The NIHM’s medical team recorded prevalent illness spreading among the evacuees ​such as simple coughs and colds, which could be a serious problem for newborns whose immune systems are not yet developed​, and ​skin ailments, which are at a rise because of the lack of proper hygiene facilities.

The mission also found out that a growing number of evacuees ​have become more vocal ​with their dissent to the government’s handling of the situation in Marawi City.

Lidasan said ​the evacuees were beginning to speak up against the extended Martial Law​ .

The mission group added that the stories of the evacuees “do not only counter the declaration of the government that there are no human rights violations. Their stories also show that there is already resistance.” 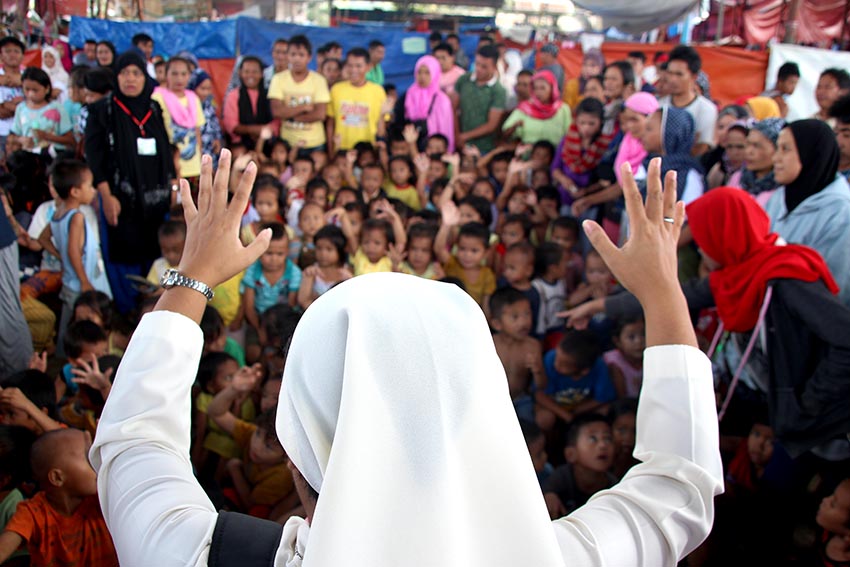 MOMENTARY DISTRACTION. A visiting Catholic nun facilitates a psychosocial intervention with the children in an evacuation center in Saguiaran town in Lanao del Sur on Friday, July 28. The nuns were part of a delegation of the National Interfaith Humanitarian Mission, a relief operation organized by volunteer network Kalinaw Mindanao. (Paulo C. Rizal/davaotoday.com)

Held on July 26​-​29, the mission aimed not only to deliver relief, but also to document the “real state” of the evacuees displaced by the ongoing siege in Marawi City.

The second wave of the NIHM was joined by 71 religious organizations and civic society organizations, including the Servants of the Blessed Sacrament, Missionaries of the Assumption, Missionaries of Jesus, Rural Missionaries in the Philippines, Union of Peoples Lawyers in Mindanao, Talikala, Salugpongan, Sandugo, Karapatan, among others. (davaotoday.com)