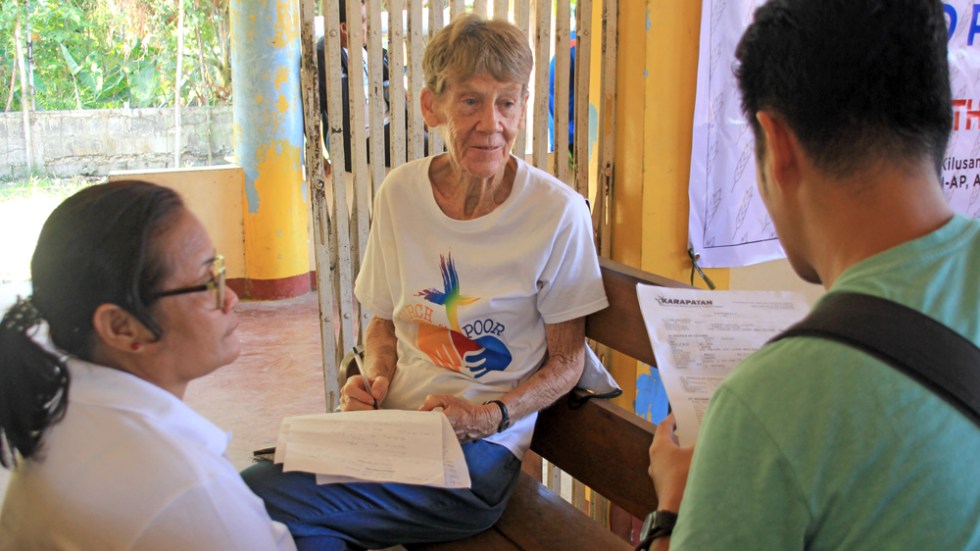 Kilusang Magbubukid ng Pilipinas said, immigration officers “visited” Fox at her residence in Project 2, Quezon City and later brought her to the Bureau of Immigration office for “a random checking and verification of her immigration papers and status.”

In a statement, Karapatan said BI agents showed to Fox an “invitation /mission order” but did not furnish her a copy. Fox asked to visit the BI office the next day, but she was not allowed to defer her “visit” to the BI office.

When she arrived at the BI office in Intramuros, Manila at 4:00 pm, she was read the Miranda rights but no document indicating charges against her was shown.

According to Karapatan, in the inquest proceedings against Fox, the BI said she was apprehended pursuant to the Bureau’s Mission Order NO. JHM-2018-101 issued on Friday, April 13, by Commissioner Jaime Morente.

KMP decried the detention of Fox as a harassment against a land reform advocate and a “retaliation of the government” on the results of the fact-finding mission blaming the military for the human rights violations in Mindanao.

Karapatan said Fox was deprived of her right to due process and to information on why she was being arrested. The human rights group is demanding for her immediate release.

“Fox should be immediately released and her deportation should be vigorously opposed. It is an irony that the Duterte regime and those who are threatening Fox with deportation are the very people who made the country a living hell for its citizens, while foreign missionaries and rights advocates like Fox have long been working side by side with the poor and oppressed to improve their deplorable conditions,” said Cristina Palabay, secretary general of Karapatan.

She has been active in conducting community service as part of her missionary work in the country and a staunch advocate for land reform and human rights. Fox has joined activities of the Unyon ng mga Manggagawa sa Agrikultura (UMA) and Pagkakaisa para sa Tunay na Repormang Agraryo (PATRIA).

In February, five foreign delegates were held by the Bureau of Immigration in General Santos City for joining an International Solidarity Mission to document the killing of eight T’boli-Dulangan Manobo at Lake Sebu town in Sultan Kudarat.

On Sunday, the BI barred Italian citizen Giacomo Filibeck from entering the country. Filibeck is the deputy secretary general of the Party of European Socialists and was part of an international human rights mission in October last year that looked into cases of human rights violations.

President Rodrigo Duterte has earlier warned that he will bar Prosecutor Fatou Bensouda of the International Criminal Court from entering the country if the ICC pursues its investigation on the government’s war on drugs. (davaotoday.com)