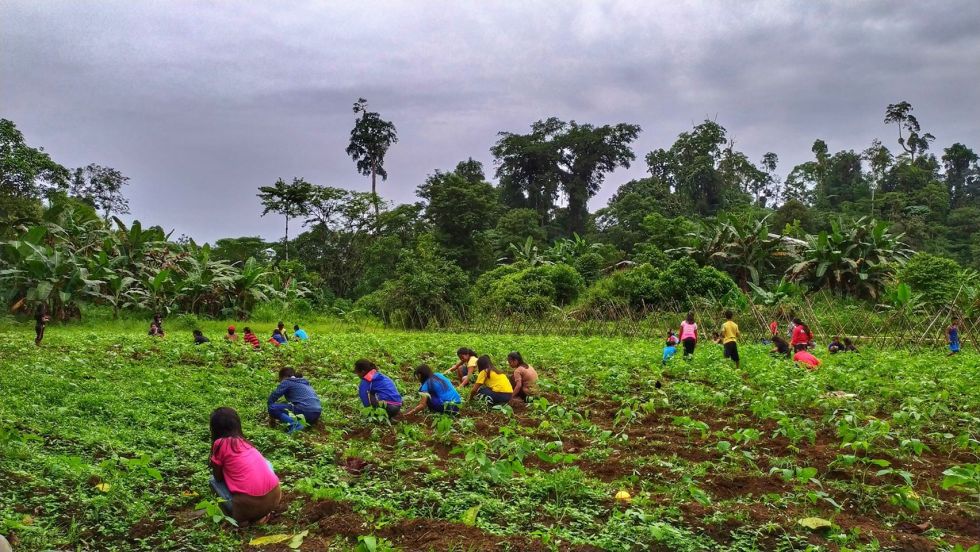 DAVAO CITY, Philippines – Indigenous people’s groups and advocates slammed the recommendation of the Department of Agriculture to convert ancestral lands into vegetable and high-value crop farms.

Cullamat, who’s also a Lumad leader from the Caraga region, argued that ancestral lands are being productively utilized by the IPs, as well as preserved for it also served an important role in maintaining balance in the environment.

“With this proposal, the government is clearly using the coronavirus disease-2019 (COVID-19) pandemic as an excuse to grab ancestral lands from us, IPs,” Cullamat said.

According to its press release on April 16, the DA is eying portions of ancestral lands to be transformed into food production areas to increase the country’s food supply amid efforts to contain the coronavirus pandemic.

Such move is part of the Duterte administration’s P31-billion Plant, Plant, Plant Program, which among other projects, seeks to “intensify the promotion of urban and community agriculture as one of the interventions to help ensure availability of and access to food nationwide,” Secretary Dar explained.

The agency cited data from the National Commission on Indigenous Peoples (NCIP), wherein 7.7 million hectares are occupied by the IPs, or 26 percent of the country’s 30 million hectares of total land area.

Cullamat responded that IP communities are already practicing sustainable agriculture. Such efforts, however, have been affected by militarization. She noted that IPs are being displaced from their ancestral lands in order to pave the way for mining and plantation corporations.

In a separate statement, the Save Our Schools Network also slammed the DA’s proposed plan, especially because it said DA “has long been neglecting” farmers and IPs’ call for social services and food sustainability.

“Our advocacy to protect Lumad rights to education and their ancestral lands are eclipsed by the government’s neglect and non-prioritization as we witness now in the coronavirus (COVID-19) pandemic,” the SOS Network said.

“This neglect is clear in how the DA ignored the existing seven million hectares of agriculture land, which includes our indigenous lands that have been mostly converted into plantations,” it added.

Meanwhile, the Sandugo-Movement of Moro and Indigenous Peoples for Self-Determination believed that the DA is “taking advantage” of people’s hunger to encroach on ancestral lands.

“The DA and NCIP have the nerve to propose expansion when they cannot even develop our existing farmlands into a national industry, nor alleviate the situation of the farmers and farmworkers who till them,” Sandugo said.

Sandugo called on the DA to channel support, instead of loans, to farmers and IPs to ensure their own food security.

It also urged the DA to purchase and transportation farmer’s produce to local government units.

Sandugo said: “We have been planting for centuries. Innovations like rice terraces and upland farming show that unlike big haciendas and corporate plantations, we know how to feed our communities while sustaining the health of our people as well as the environment. You need not tell us to “plant, plant, plant.” (davaotoday.com)