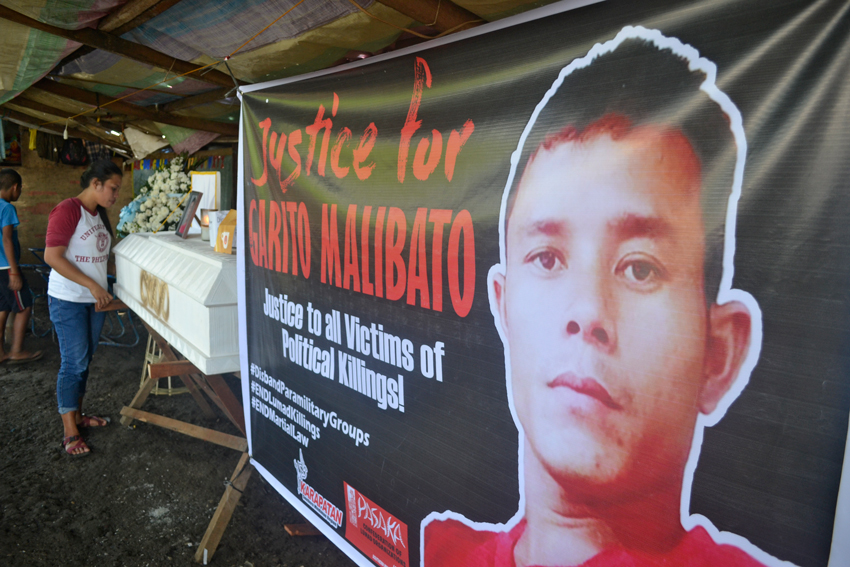 DAVAO CITY, Philippines – The family of a slain Lumad motorcycle driver in Kapalong town, Davao del Norte, reiterated their call for the government to disarm and disband paramilitary groups operating in their communities.

Tribal chieftain Delio Malibato called for justice for his younger brother, Garito Malibato, 23, who was gunned down by members of paramilitary group Alamara last March 22 at Sitio Patil, Barangay Gupitan in Kapalong town.

“We urge the government to disarm the paramilitary groups as these have worsened the suffering of Lumad communities with their threats and harassment,” said Datu Delio in an interview with Davao Today.

Datu Delio said his brother Garito had been receiving threats from Alamara members, who accused of being a supporter of the New People’s Army.

Garito’s niece, Jenky Malibato, belied the accusation and asserted that his uncle was an ordinary motorcycle driver who earns a living for his daughter.

Jenky condemned the military for backing Alamara and being behind the death of his uncle.

“These Alamara members, they only follow orders from the soldiers who run after the money offered for every rebel killed,” Jenky said in vernacular.

“We had hoped that [President] Duterte to create policies that would benefit the Lumad. We are dismayed that instead of ensuring peace, he deployed more military troops in Lumad communities and enticed Lumad to join the Cafgu,” Datu Delio said.

Early this year, the indigenous group Karadyawan reported that paramilitary group Alamara and military men in Kapalong blocked civilian efforts to transport food in the hinterland communities that resulted to hunger of various Lumad villages. (davaotoday.com)