DAVAO CITY, Philippines — More than 300 individuals from remote Lumad communities in Surigao del Sur fled from their homes early this week due to the series of aerial bombings and harassments, a local Lumad leader reported.

In a phone interview with Davao Today, Sandy Sanchez, spokesperson of MAPASU or Malahutayong Pakigbisog Alang sa Sumusunod, said at around 2 pm on January 21, 55 families from Sitios Manluy-a, Panukmoan, and Decoy in Barangay Diatagon, Lianga town in Surigao del Sur evacuated to a nearby community of Sitio Km. 9 to ensure their safety. 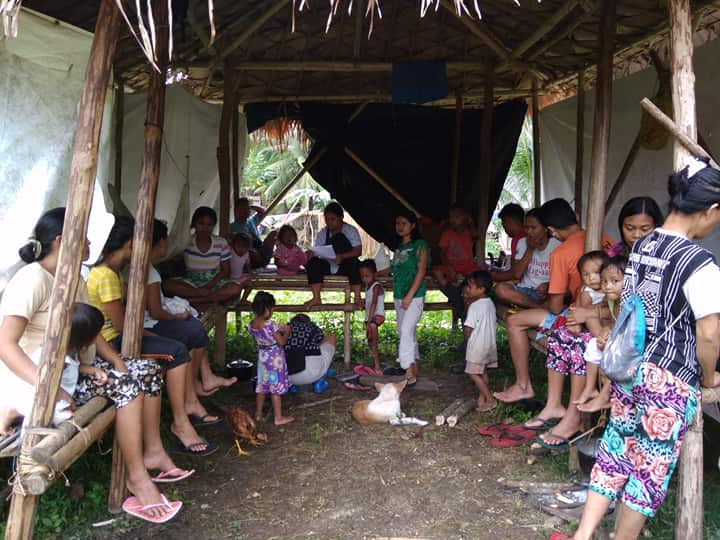 Sanchez said that they are expecting more evacuees from the said areas as intimidation by the military men continues.

“They decided to leave their homes to save their lives. Community members were forced to stop from tilling their farmlands because they’re afraid of the [indiscriminate] bombing and soldiers accusing them as NPA sympathizers,” Sanchez said.

The NPA or New People’s Army is the armed wing of the Communist Party of the Philippines (CPP).

Local residents reported to MAPASU, detailing how military forces under the 401st Brigade conducted an aerial strike, dropping six bombs on the mountainous parts of Barangay Diatagon. The incident was only 150 meters away from Lumad communities of Sitio Decoy and Panukmoan. Prior to the bombings, a drone was spotted by the residents hovering over the area.

This prompted community members to evacuate on New Year’s Eve to the nearby community of Sitio Manluy-a for three days.

It was followed by another bombing incident on the afternoon of January 8. Residents spotted two helicopters dropped bombs near the said communities.

The latest incident was on January 19 when a bundle of raw abaca fibers in Sitio Manluy-a were burned. Sanchez said the residents placed the abaca fiber along the road for delivery to the local market. He added that residents saw soldiers passed by before the incident.

According to Sanchez, another factor that pushed the affected communities to evacuate is that soldiers were “blocking” their food supply, saying they were left with no choice. 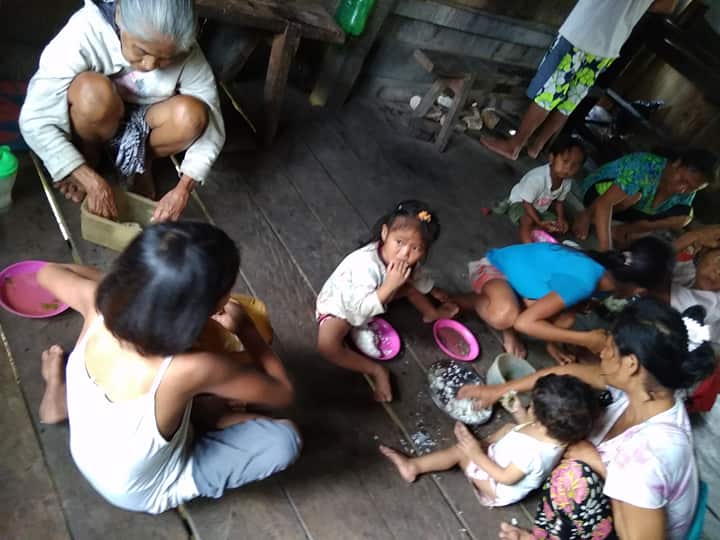 It can be recalled that on January 13, personnel from Lumad community school Alternative Learning Center for Agricultural and Livelihood Development (ALCADEV) carrying food supply for the students and teachers were blocked at a military checkpoint in Sitio Neptune, Barangay Diatagon.

“They harassed and interrogated the ALCADEV personnel who brought the food. Soldiers asked them to give their names and cell phone numbers. While the driver was asked to present a receipt of all the food items. The military opened all the boxes and the container of soy sauce and cooking oil,” he added.

Four residents of Sitio Han-ayan accompanied by a personnel of ALCADEV were interrogated on the same day and were “maliciously questioned” if the food supplies were intended for NPA rebels.

The next day, soldiers at the checkpoint told every passing resident to secure a permit from the Department of Social Welfare and Development (DSWD) before they can bring food supplies.

On January 12, a motorcycle driver who is a resident of Sitio Km. 15 was shot while on his way home. He was able to jump off the vehicle but was dragged to the road. He was interrogated for 30 minutes by around 30 soldiers from 75th IB. The soldiers asked for his identification card before releasing him.

He added that two more motorcycle drivers who passed by the soldiers were interrogated and were accused as NPA rebels.

Sanchez said military operations intensified in the area after the Martial Law extension was approved last December until the end of 2019.

The evacuees are currently staying at the Simowao Community Learning Center and birthing clinic of Sitio Simowao or Km. 9 in Brgy. Diatagon. Others were staying at their relative’s homes.

Sanchez asked the public for donations as food is scarce at the evacuation centers.

In July last year, more than 1,600 individuals or 328 families sought refuge at the Barangay Diatagon gymnasium from 15 remote villages in the municipalities of Lianga, San Agustin, Tago and Lianga after a month of military encampment in their communities.

The evacuees and the provincial government of Surigao del Sur came up with an agreement as response for the former’s call to pull-out military troops from communities and dismantling of the army detachment located in Sitio Km. 9. (davaotoday.com)