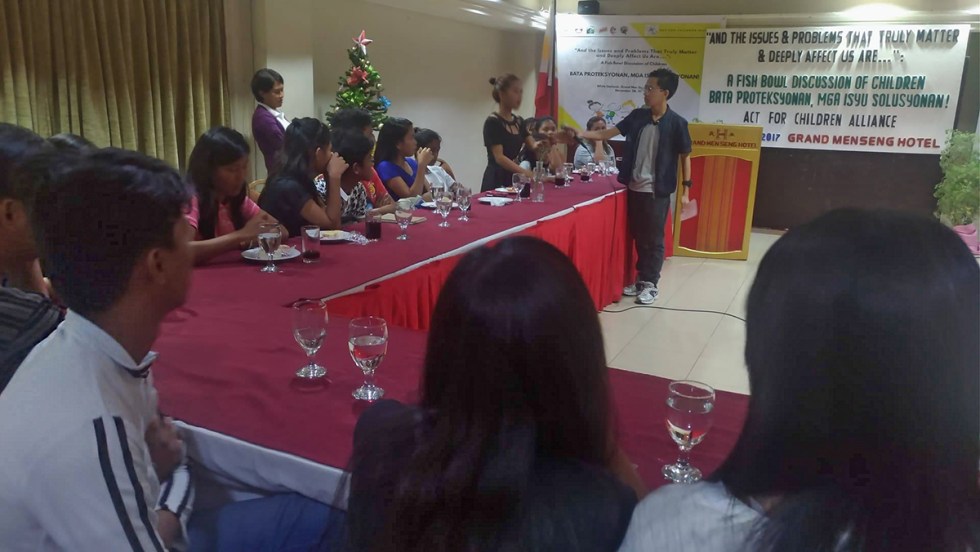 DAVAO CITY, Philippines — When teenagers and advocates gathered to celebrate the National Children’s month here, they skipped the drug menace and focused on what they knew and experienced the harshest: selling their bodies to survive.

On Tuesday, 30 children with ages ranging from 12 to 17 years spoke of earning a living by scavenging, prostituting, selling low-priced farm produce. The roundtable discussion was organized by the Act Children Alliance in commemoration of the 25th National Children’s Month as declared under Republic Act No. 10661.

Defying conventions, the children and adherents deflected from this year’s theme: Bata: Iligtas sa Droga” (Save the children from drugs) which supports Pres. Rodrigo Duterte’s war on drugs, saying the government is missing out on the more significant issues plaguing children of workers and rural poor.

Among the delegates were 17-year-olds Althea (not her real name) and Romelyn Cabanes of Davao City; and Emelyn Alison, 14, a half Cebuana and half Ata Manobo from Talaingod.

When she was 10 years old, Althea became a prostituted teenager.

Sometimes, she said, there are three of them, called “shine girls” who will offer hand jobs or oral sex and are paid from P100 to P300.

“Sometimes, the customer would just give us P50 or buy us burger instead,” she said.

Two years later, a peer told her she would work in a food shop but instead, brought her to a work in a karaoke bar owned by a policeman, in Mati, Davao Oriental.

She recalled during the time when police officers will patrol the area, they would be sent upstairs to “hide” them.

Althea got pregnant at 15.

She became a member of a self-help group of prostituted women and girls, the Lawig Bubay.

Today, she is a grade 8 student, active in helping other prostituted children and women.

Like Althea, Romelyn Cabañes led a life on the streets, scavenging at age 10.

Together with her family, she collected garbage and sold scrap metals, papers and other items in junk shops.

“We would leave the house at 1pm and come home at 10pm, sometimes until 12 midnight especially when our trisiboat gets broke,” she said. A trisiboat is a motorized vehicle they use to carry the junks they collected.

From Barangay Tibungco here, Cabañes said they would travel 15 to 18 kilometers to reach the city’s downtown area to collect junk. 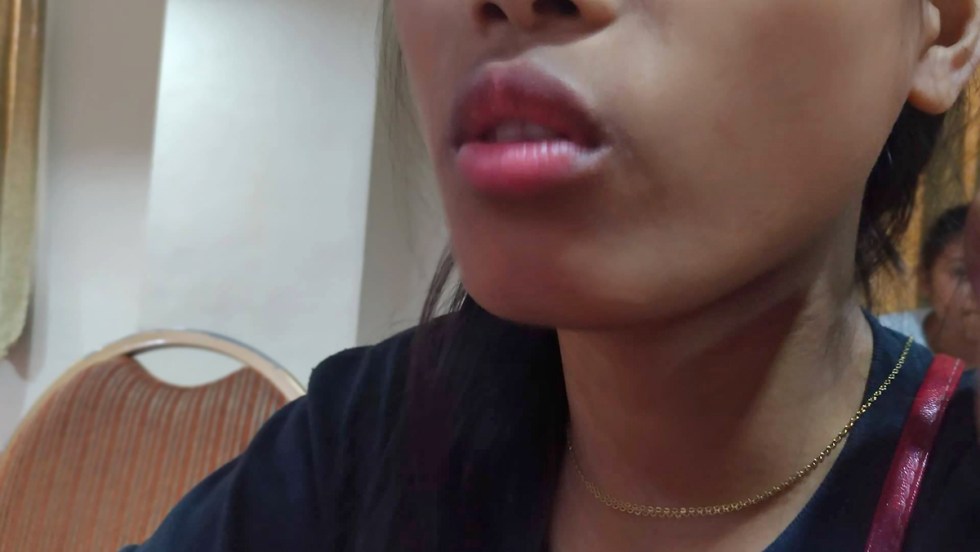 When she was 10 years old, Romelyn helped her family by collecting and selling reusable junks in Davao City.

There will be six of them in the trisiboat including her mother, father, her two brothers, and a younger brother.
After only a few weeks when she started scouring in garbage bins, Cabañes said she learned how to sort out scraps and find what can be sold. They earn at least P500 a week.

Child labor, she said, “distracts us from our studies and it is risky for our health.”

Now 17, she takes care of her siblings while her parents work in a construction project in General Santos City.
If she was the President, Cabañes said she would give jobs for the parents and free education to the children “so that they will not be forced to work anymore.”

Emelyn Alison, 14 is a daughter of a farmer and a barangay health worker in Barangay Dagohoy, Talaingod town.

She is the youngest among five children. Her siblings did not finish education because of early marriage.

During the interview, Alison said the life of the IP (indigenous people) farmers is difficult.

“We would travel 25 kilometers to go to poblacion to sell our products but we are paid very measly,” she said.

“If I were the President, I will raise the price of our produce. This will help the farmers,” she said.
Solving children’s woes

Bernie Mondragon, spokesperson of the Act Children’s Alliance said the children they gathered spoke candidly and “spontaneously” on their day-to-day lives.

“Sometimes it is always the adult talking. Now that it’s Children’s Month, the children will voice out their thoughts and how far we have come in fulfilling the rights of the children,” he said.

Mondragon said there remains a lot to do to address various concerns of children.

“Problema sa mga bata is kalisud ug kawad-on (The problem of children is poverty),” he said.

“We are not in reality,” Mondragon said, adding that “drug use is not the issue of children.”

Instead of pouring in budget for the war on drugs, Mondragon said the government should instead allot budget for social services and for strengthening child protection structures.

For instance, the cases of child prostitution in the city as recorded by the non-government organization Talikala, Inc is increasing.

Carina Sajonia, advocacy officer or Talikala said from only 36 cases they have recorded in 2015, the number this year has already doubled with 70 children in prostitution.

Sajonia said the figure was increasing as they have recorded 63 cases last year. (davaotoday.com)