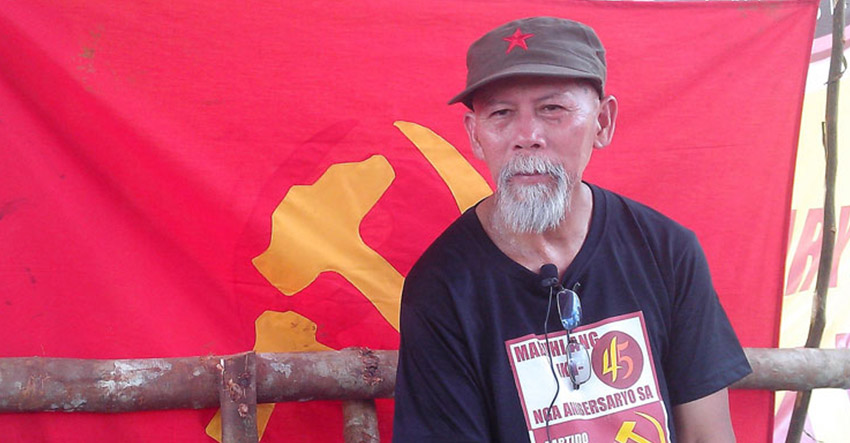 DAVAO CITY, Philippines — The New People’s Army slammed the Armed Forces of the Philippines for targeting communist guerillas in the guise of the Duterte government’s anti-drug campaign called Oplan Tokhang.

“Armed teams of the AFP carry out psywar operations where local residents are forced to participate in assemblies at the risk of being tagged as NPA sympathizers. Under the guise of the Duterte regime’s anti-drug campaign, military units conduct seminars where they slander the NPA,” Ka Oris said in a statement Tuesday.

Apart from AFP’s “sham” anti-illegal drug campaign, Ka Oris said the military are now in “a frenzied campaign to justify the hostile operations of the AFP in contempt of the indefinite ceasefire simultaneously declared by the GRP with the CPP.”

He said the military has its own publicists and trolls who are doing the rounds in radio and television stations, newspapers, social media websites “to defend and justify the hostile counter-insurgency operations being carried out under the AFP’s Oplan Bayanihan.”

Ka Oris also denounced the senseless killings of peasant leaders Jaime Saipan and Joselito Pasaporte in Compostela Valley under the command of the 10th Infantry Division in Davao.

“It is increasingly apparent that the GRP President Duterte has no control of the AFP as his orders to the soldiers to become friendly with the revolutionary forces are outrightly being disregarded. Continuing hostilities directed against the NPA and revolutionary forces endanger the indefinite ceasefire.,” he said.

He said the people in the hinterland are restive as AFP continues to occupy civilian communities.

“We call on the Duterte regime to take immediate steps to correct the situation and ensure that all units of the AFP are pulled-out from their current forward deployment within the guerrilla zone of operations of the NPA and areas under the sway of the revolutionary forces,” Ka Oris said. (davaotoday.com)