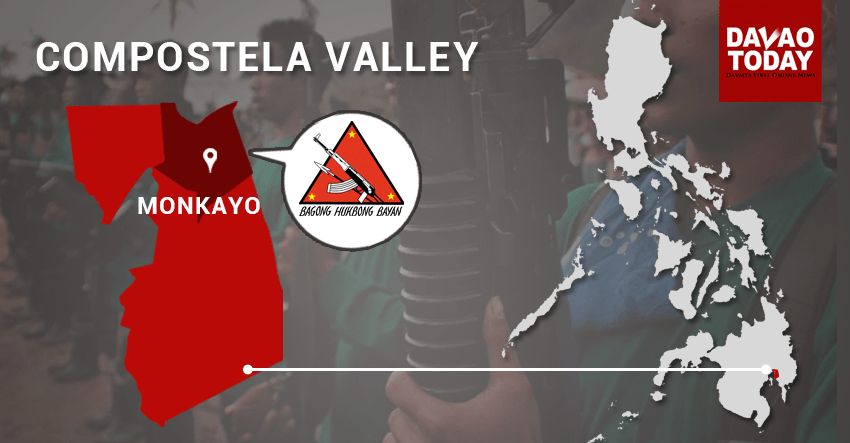 DAVAO CITY, Philippines—Seven government soldiers were killed after the New People’s Army, the armed wing of the Communist Party of the Philippines, ambushed an army unit in Monkayo, Compostela Valley province on July 1.

“Pres. Rodrigo Duterte is hallucinating if he thinks mere words and not deeds can stop the revolutionary war waged by the New People’s Army and the revolutionary forces in the country,” Agustin said in a statement.

Last week, in two separate events, Duterte appealed to the leadership of CPP-NPA to stop waging war against the government if it wants to pursue peace with the government.

But the NPA spokesperson branded Duterte’s statement as “empty rhetoric and hot air,” when the President urged the NPA to stop being double-faced and cease waging offensives.

“He [Duterte] has distanced himself from solving the problems that have bred the long-standing armed resistance: land monopoly, foreign domination, and fascism. Instead, he would rather insult the revolutionary movement, depart from his much-ballyhooed Leftist stance, and wage all-out war in the countryside,” he said.

Agustin said the NPA “cannot be dissuaded by the Duterte government’s deceptive all-out war by slowing down or deflecting from its tasks as the people’s true army.”

As their response, the NPA attacked a scout platoon of the 25th Infantry Battalion of the Philippine Army in Sitio Quarry Benguet, Barangay Salvacion, Monkayo in Compostela Valley.

Prior to the attack, the NPA had launched “demolition operations against the 25 IB and the 72 IB in their detachments in Barangay Rizal on June 12 and in Sitio Dipo, Barangay Upper Ulip on June 22.”

The military’s MG-520 attack helicopter, he said, unleashed aerial bombing six times in nearby communities. He added that nine houses of farmers and Lumad were razed to the ground by reinforcing government troops in Sitio 56, Barangay Rizal.

Agustin said the NPA “would continue to launch tactical offensives in Monkayo and elsewhere in its areas of operation to defend the masses.” (davaotoday.com)