Analyst says Marawi siege a US proxy war vs. Duterte 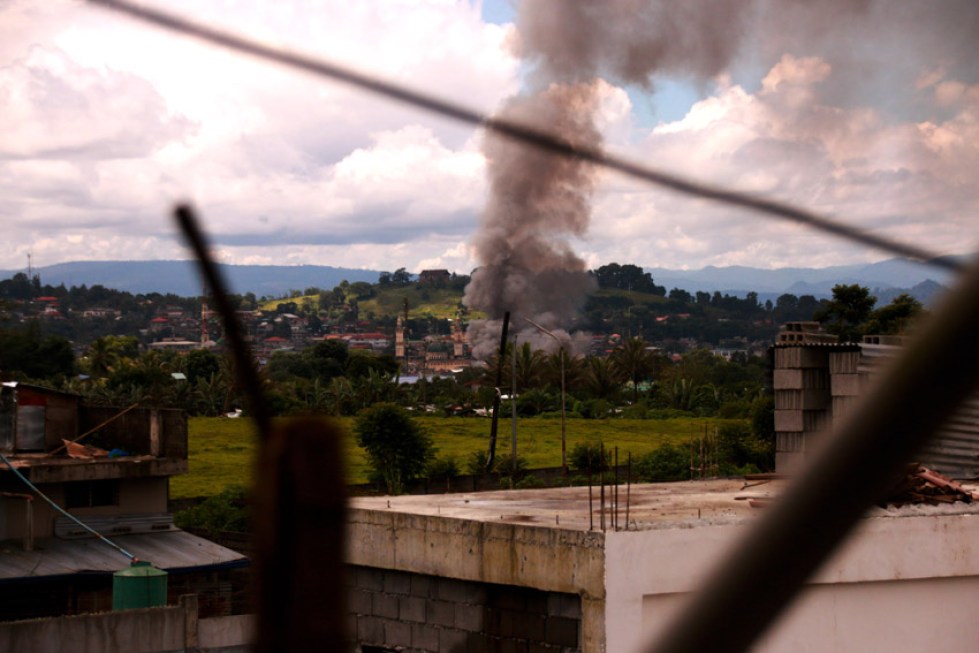 NOT ACCOUNTED. As of May 31, ARMM-HEART data said 3,228 civilians were still reported missing or stranded while 2,265 were already rescued. (Alexander Lopez/davaotoday.com photo)

DAVAO CITY, Philippines – An analyst said the attack in Marawi City is a form of a proxy war that the US is staging against President Rodrigo Duterte, whose pivot now leans towards what he called “a Eurasian alliance with China and Russia.”

In his recently-published article in online magazine “New Eastern Outlook”, F. William Engdahl, a strategic risk consultant and lecturer who holds a degree in politics from Princeton University described as “cloddish” the move initiated by the Central Intelligence Agency of the US against Duterte in Marawi.

Engdahl said the attack took place in time when Duterte is in Russia to meet President Vladimir Putin and after his visit and meeting with China’s Xi Jinping.

“The Duterte Putin talks, in turn, followed Duterte’s attendance in Beijing on May 15 for the first New Silk Road or Belt Road Forum. America’s colonial asset since 1898 was clearly walking away from the Washington ‘reservation’,” he pointed out in the article.

He added the Marawi siege is a “desperate Washington try to topple the very popular (80% popularity in polls) Duterte, who successfully won the presidency last June over a US-backed Mar Roxas, a US-educated former Wall Street banker.”

The US, Engdahl said, cannot afford to break away with the Philippines for it “would pose a devastating strategic geopolitical loss to the US military containment strategy against China and Russia in the Pacific.”

He also described the Maute group and Abu Sayyaf involved in the siege as having ties with the US-created ISIS fake Islamist operation and highly-financed by Saudi money.

“It comes as no surprise to anyone closely following the evolving dialogues between Duterte and the leaders of China and now, Russia that the CIA would try to destabilize Duterte at this critical time. They simply hide behind the black skirts of their psychopathic drug-running Maute and Abu Sayyaf, both now tied to the CIA and Mossad-created and Saudi-financed ISIS,” Engdahl said.

What the US is worried most was the series of agreements that Duterte made with Russia aimed to deepen bilateral defense, strategic and economic relations between Philippines and Russia, he added.

The two countries also signed an agreement on defense cooperation that will serve as a legal framework for military-to-military exchanges, training, intelligence-sharing, Engdahl said.

He also took note how the western media portrayed Duterte as “a crude country bumpkin capable of vulgar statements.”

“After closely watching Duterte and his choice of close advisers now for almost a year, I’ve come to the conclusion a country bumpkin Duterte is definitely not. Rather, he is a shrewd political actor who is determined to bring his country out of the colonial servitude status it has held since the first Spanish colonialization in 1565.”

He also described Duterte as the first president from Mindanao with Visayan descent.

The residents of Visayas, Mindanao and other Philippine islands, he added, led the war for independence against Spain in 1896.

“The United States, posing as the supporter of the Visayan-led war of independence from Spain, betrayed the trust assured the Philippines, double-crossed them and signed a Treaty with Spain, the Treaty of Paris of 1898, under which Spain ceded Cuba and The Philippines to the United States. The USA refused to recognize the independence of their erstwhile ally, the Philippines, and took the country by military force, America’s first genuine imperial grab. The nascent First Philippine Republic then formally declared war against the United States in 1899, unsuccessfully. It was put under US military control. It took until 1946 before the country could be recognized as an independent sovereign state, at least in name,” Engdahl asserted in New Eastern Outlook.

Far from what the western media is saying about Duterte, the analyst said the President has shown determination to make the Philippines “a sovereign nation able to choose with whom it allies and for what ends, and how its economy develops.”

The CIA, he added, is banking on such situation and is now using its local mercenaries, the Maute group and Abu Sayyaf “to try to get rid of Rodrigo Duterte.” (davaotoday.com)