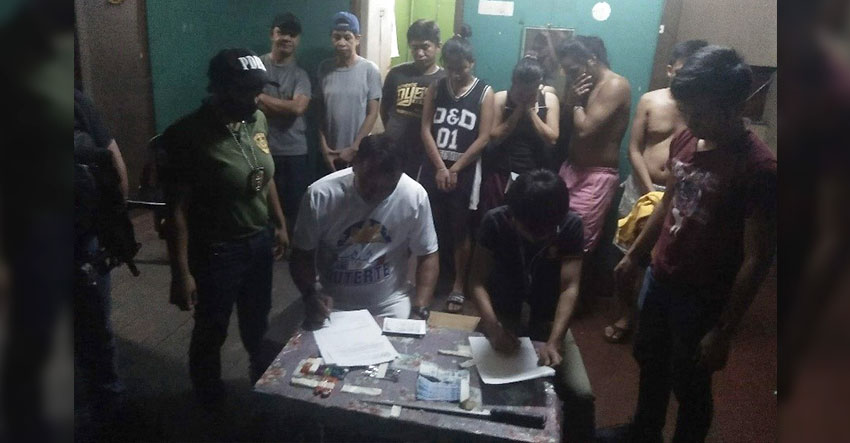 Authorities conducted the buy-bust operation at 209, San Pedro Street corner Legaspi Street at around 6:20 PM on Tuesday, May 7.

The PDEA-11 report said that certain Stephen Flores Gan was nabbed after selling a sachet of suspected methamphetamine hydrochloride, commonly known as shabu, with an estimated value of PhP15,000 to a PDEA agent acting as a poseur buyer.

Authorities also nabbed six other individuals during the raid and seized one medium sachet and one small sachet of shabu weighing around 10.96 grams with a street value of Php 164,000.

The arrested suspects are now in custody at the PDEA-11 regional office detention facility while waiting for the formal filing of charges.

They will be facing charges for violation of Republic Act 9165 otherwise known as “The Comprehensive Dangerous Drugs Act of 2002,” the PDEA-11 report said. (davaotoday.com)