Gov’t to pursue peace with communists despite cancelled talks 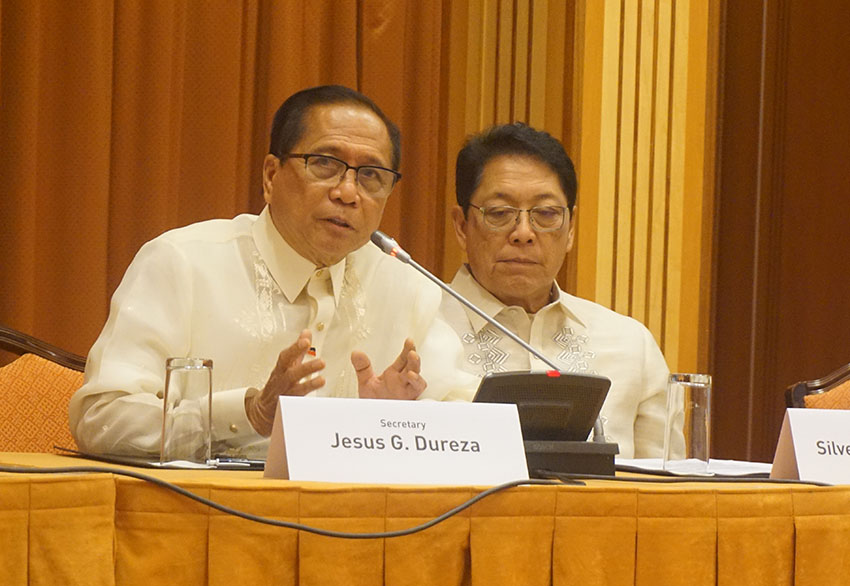 Presidential Adviser on the Peace Process Secretary Jesus G. Dureza and GRP chief negotiator Silvestre Bello III during the fourth round of talks on April 6, 2017 at the Radisson Blu Palace Hotel in Noordwijk Aan Zee in the Netherlands. (Zea Io Ming C. Capistrano/davaotoday.com)

DAVAO CITY, Philippines – The government is not bound to turn its back from its pursuit to peace in the south despite the collapsed negotiations with the Communist Part of the Philippines, a presidential adviser said.

“Negotiation is only one road to peace,” Secretary Jesus Dureza, Presidential Adviser on the Peace Process told reporters on Wednesday, August 30.

In February, the government stepped back from the negotiation table a day after it declared an end to a ceasefire agreement with the New People’s Army on February 3.

President Rodrigo Duterte said he wants the communists to stop attacks against government troops in Mindanao first before they resume the fifth round of peace talks.

As a consequence, several proposed reforms tackled by the National Democratic Front of the Philippines (NDFP) were at stake. One of the proposals was to expand the scope on the government’s agrarian reform.

“Everything is cancelled,” said Dureza.

The NDFP earlier said that despite Duterte’s public announcement, they are yet to receive a formal notice from the government. This comes as clergy and church leaders maintained their calls to resume talks with the communists.

Since the cancellation of the talks, there had been reported cases of rural villagers in Misamis Oriental evacuating due to a series of fighting between the NPA and government troops. (davaotoday.com)