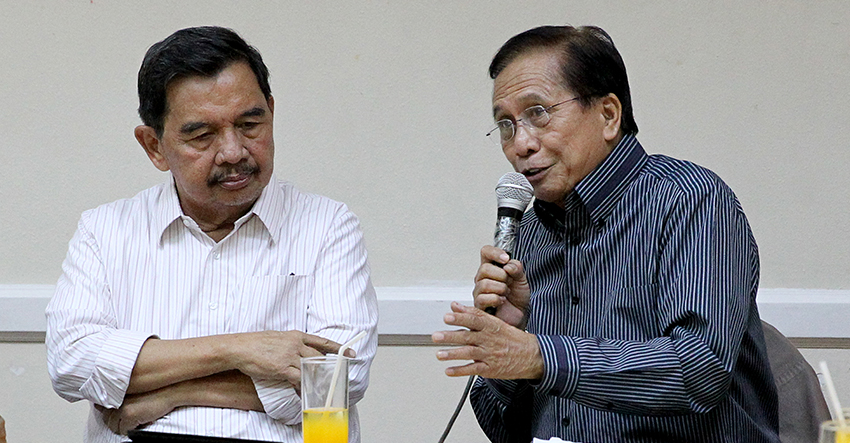 DAVAO CITY – The negotiating panels of both the government (GPH) and the Moro Islamic Liberation Front are holding a strategic workshop here to understand the processes needed to pass a law to replace the Bangsamoro Basic Law.

In a press conference upon his arrival from the first round of the formal peace negotiations with the National Democratic Front of the Philippines, Presidential Peace Adviser Jesus Dureza on Monday, August 29, said he will be joining the workshop here where there will be inputs to aid both panels to understand the process and review the mechanisms that needs to be continued.

Dureza said they will also discuss the process of convergence of the agreements in the 1996 Final Peace Agreement with the MNLF, the Comprehensive Agreement of the Bangsamoro in 2014.

The strategic workshop came  two weeks after both parties agreed to pursue a new peace roadmap that will “ensure inclusivity” in the Bangsamoro Peace Process in a two-day talks of the implementing panels which were launched in Kuala Lumpur,Malaysia on August 13 to Agust 14.

He said on August 31 they will be meeting with the peace and development advocates of the MNLF, a group of MNLF chairman Nur Misuari who were involved in the implementation of the peace agreement.

He said during the meeting he will get updates on how the government can engage with Misuari “personally”. (davaotoday.com)