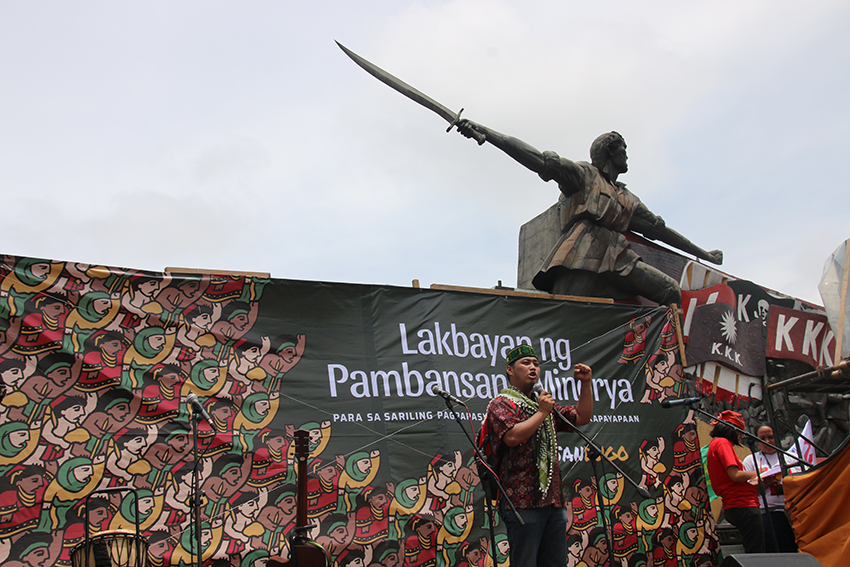 ‘WE ARE HERE’. Jerome Succor Aba, Suara National Chairperson and Lakbayan Co-Chairperson, says the abuses against national minorities inspired them to expose the anti-people polices of the Duterte administration. Aba delivers a speech at the Bonifacio Shrine in Manila on Thursday, Aug. 31.(Alex D. Lopez/davaotoday.com)

There are at least 2,500 of them engaging in a month-long activity that would bring right to the doorsteps of the national government the various issues and concerns that affect the lives the indigenous peoples in the country.

Also called Lakbayan of National Minorities for Self Determination, Justice and Peace, the event is a vehicle of the Lumad and Moro people to expose and oppose the continuing implementation of anti-people programs and policies of the administration of President Rodrigo Duterte, especially on its adherence to the “dictates of the imperialist US government.”

“Just as thousands under Duterte’s ‘war on drugs’ are being killed, national minorities also face brutal killings and other forms of violence that are escalating by the day,” the group Sandugo said in a statement on Thursday, August 31.

Sandugo, or the Kilusan ng Moro at Katutubong Mamamayan para sa Sariling Pagpapasya is an alliance organization of Lumad and Moro people in the country. 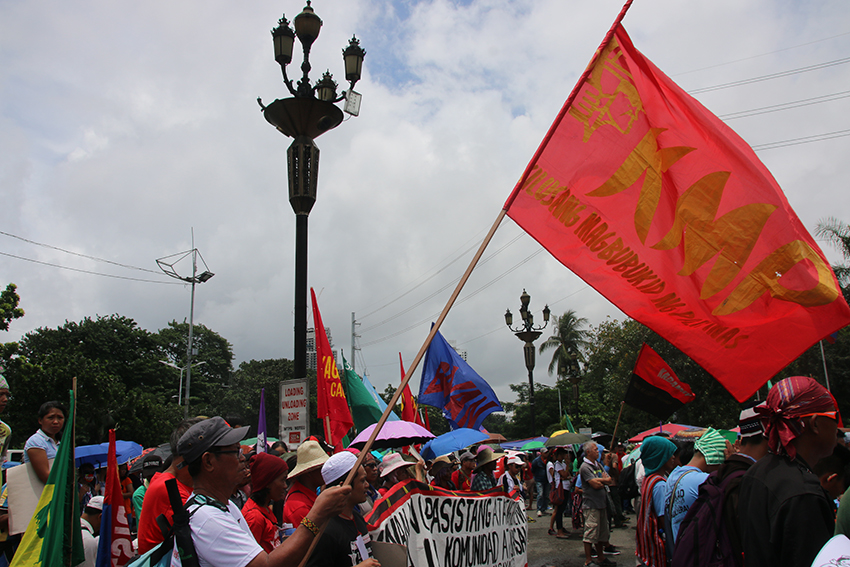 SUPPORT GROUPS. Support from various sectors in the country is overwhelming as the delegates to this year’s Lakbayan of National Minorities arrived in Manila on Thursday, Aug. 31. to bring their issues and concerns right at the doorsteps of the powers in the country. (Alex D. Lopez/davaotoday.com)

The group also hit Duterte whom they dubbed as a “fascist thug,” They claim that he conspired with the US in declaring martial law in Mindanao and its continuing all-out war policy that destroys Lumad and Moro communities.

“The US-Duterte regime deserves the condemnation of the national minorities for its mounting crimes against us and the entire Filipino people,” the group said.

Sandugo also asserted that the Lumad and Moro people will not be cowed by the unrelenting attacks on their schools and communities.

“Our Lakbayan unites us with our fellow Filipinos to oppose the attacks not just in our communities but in all poor communities, as we are linked by the bloody trail of extrajudicial killings and other forms of state violence,” Sandugo said.

The group Bagong Alyansang Makabayan also issued a statement on Thursday as it led the various sectors in Metro Manila in welcoming the delegates to this year’s Lakbayan. 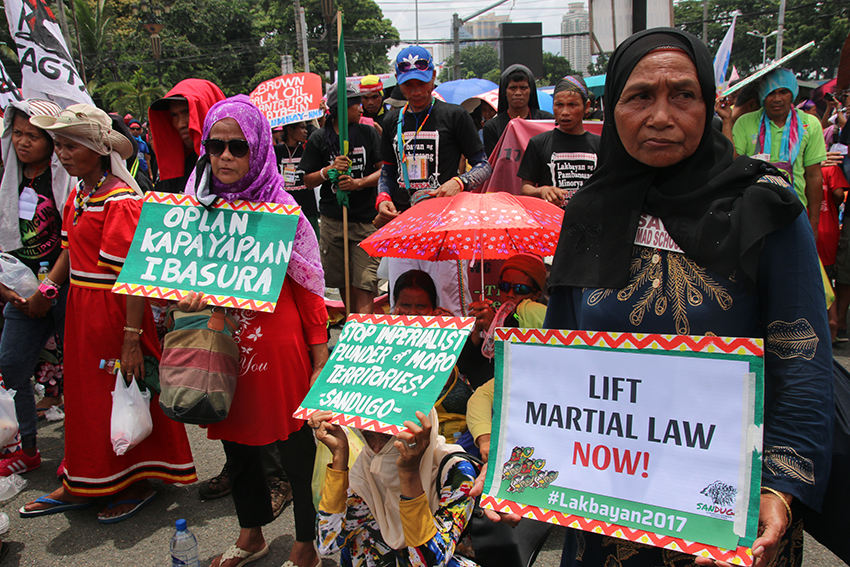 ‘END FASCIST RULE’. Moro and Lumad women join hands in the call to end martial law and other forms of militarism that the President Rodrigo Duterte uses to address the armed conflict and other problems in the country. (Alex D. Lopez/davaotoday.com)

“The arrival of the Lakbayan comes at a time of emerging tyranny and increasing abuse of power by the Duterte regime. There is no stop to the fascist attacks against the people in the course of the war on drugs, the all-out war, and martial law, as well as the measures that seek to centralize power in the hands of the executive,” Bayan said.

It also hit Duterte for abandoning the peace talks and for choosing as an option militarist solution to the armed conflicts and other problems in the country.

Lakbayan will stay here until September 21 to allow delegates to share and discuss with the other sectors in Metro Manila through forums and other settings the plight of the Lumad and Moro people.

Protests against the anti-people polices of the US-Duterte regime will also be staged in the duration of this year’s Lakbayan. (davaotoday.com)