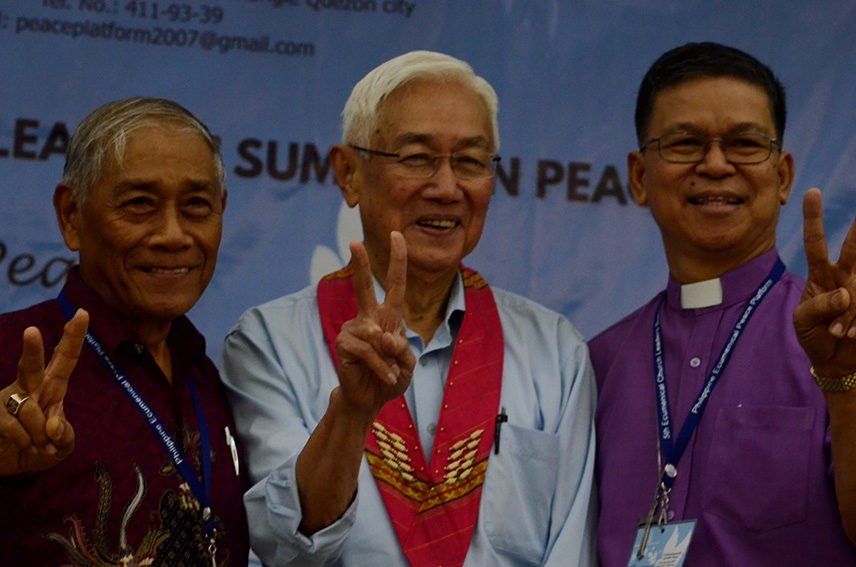 DAVAO CITY, Philippines —- The National Democratic Front of the Philippines said a declaration of general amnesty for political prisoners will give a push for the peace negotiations.

Luis Jalandoni, NDF peace panel chair, said among the agenda to be discussed when the peace negotiations resume next week in Oslo, Norway is the general amnesty proclamation for the release of all political prisoners.

In an interview during the peace summit of church leaders here last week, Jalandoni said aside from the substantial agenda on social and economic reforms, political and constitutional reforms, and end of hostilities, they are expecting that there will be a discussion on the general amnesty proclamation for the release of political prisoners.

Jalandoni said they are hoping that there will be concrete steps undertaken to come up with the proclamation.

“The general amnesty proclamation will give a big push for the peace negotiations because these political prisoners were unjustly detained,” Jalandoni told Davao Today in an interview on September 21.

“It’s a violation of the (Comprehensive Agreement on the Respect for Human Rights and International Humanitarian Law) because they had been arrested, charged or convicted of common crimes- multiple murder, murder, arson, robbery, and trumped up charges,” he said.

On August 26, the “Joint Statement on the Resumption of the Formal Peace Talks in the Peace Negotiations” was signed by both panels to state their agreement on six points: reaffirmation of previously signed agreements, reconstitution of the Joint Agreement on Safety and Immunity Guarantees (JASIG) list, acceleration of the peace negotiations, releases of political prisoners, amnesty proclamation and ceasefire.

It was agreed by the parties that the government panel would recommend to President Rodrigo Duterte the issuance of an Amnesty Proclamation, subject to concurrence of the Philippine Congress, to order the release of all political prisoners  who are listed by the NDF and who have been “arrested, imprisoned, charged, and/or convicted for alleged acts or omissions within the ambit of the Revised Penal Code or special laws in connection with crimes in pursuit of one’s political beliefs.”

The NDF leader said they are confident that President Rodrigo Duterte can get majority of both Congressional chambers to support the proclamation.

Human rights group Karapatan said, as of June 30 this year, there are 525 political prisoners languishing in detention facilities all over the country. (davaotoday.com)