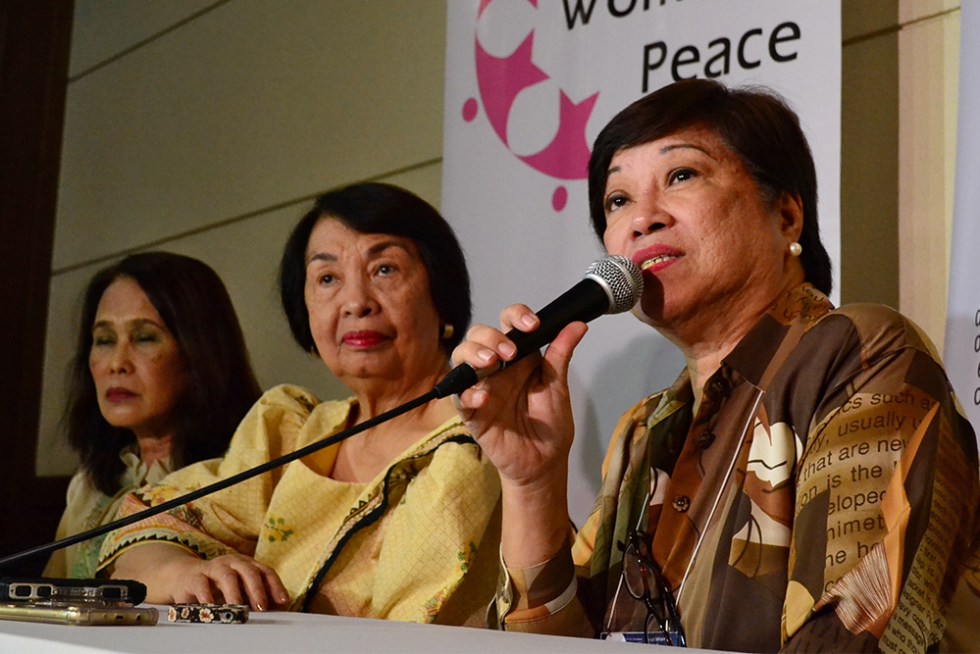 DAVAO CITY, Philippines – A group of women peace leaders said one of the best ways to counter violent extremism here in the country is by empowering the mothers.

Speaking at the First Women’s Peace Table at the Marco Polo Hotel on Thursday, November 23, Grace Rebollos, a member of the Zamboanga-Basilan Integrated Development Alliance, Inc. (ZABIDA) said that by continuously building a “generation of mothers who build a culture of peace” the youth’s urge to join extremist groups due to radicalization would be prevented.

Rebollos cited the violence in Zamboanga last year and the recent five-month war in Marawi City where a number of young people were found to be members of extremist groups.

She said violent extremism and terrorism “have affected the youth a lot” with some, especially in the troubled areas of Mindanao “are easily recruited or radicalized by terrorist groups”.

She explained that “the need for acceptance, identity, and significance are some of the factors that lead the youth in joining such groups, but with the guidance and influence of mothers, these could be averted”.

Rebollos believe that by keeping constant communication among various sectors such as through dialogues and peace tables, women belonging to every sector in the community will be able to voice out problems and come up with possible solutions.

“The peace tables must be activated at various levels with various sectors, and as these talk, we may not be able to reach a quick fix, it could be generational we might not even be able to see the full effects of a just and lasting peace within our lifetime but at least the effort, the process, the sailing by itself is the peace that we long for,” she said.

“Once we keep talking then we see that there are avenues for action,” Rebollos added. (davaotoday.com)