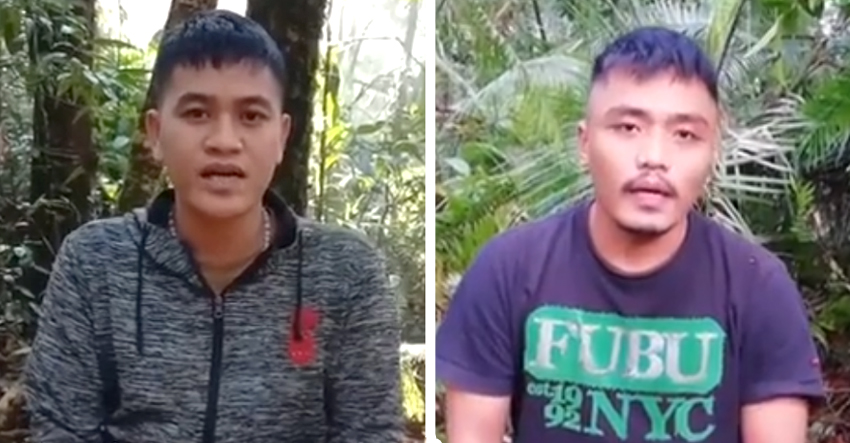 Private First Class Darlino Carino Jr. and Cpl. Eric Manangan made their appeal in a video released by the communist rebels on Wednesday.

“To Mr. President Rodrigo Duterte, all I ask is to have our release expedited through a cessation of military operations,” Carino Jr. said of the Army’s 3rd Special Forces Battalion.

“This is all I ask so that I could be with my wife and child also because our wedding anniversary nears,” he said in Filipino.

High-powered firearms were also seized by the communist rebels during the raid.

“Even though we are their captives, they treat us as comrades.We eat whatever they have and eat,” said a soldier named Manangan.

“To my loved ones, especially my wife and child, who I know are worried about my situation, I am keeping faith and hope that we will see and be with each other,” Manganan added.

In a previous statement, Ka Maria Malaya, spokesperson of National Democratic Front of the Philippines- North Eastern Mindanao Region said that the planned release of the prisoners of war is “hampered” by the continuous military operations.

The NPA called upon the officials in Agusan del Sur to create conditions to ensure the safe and smooth release of the POWs.