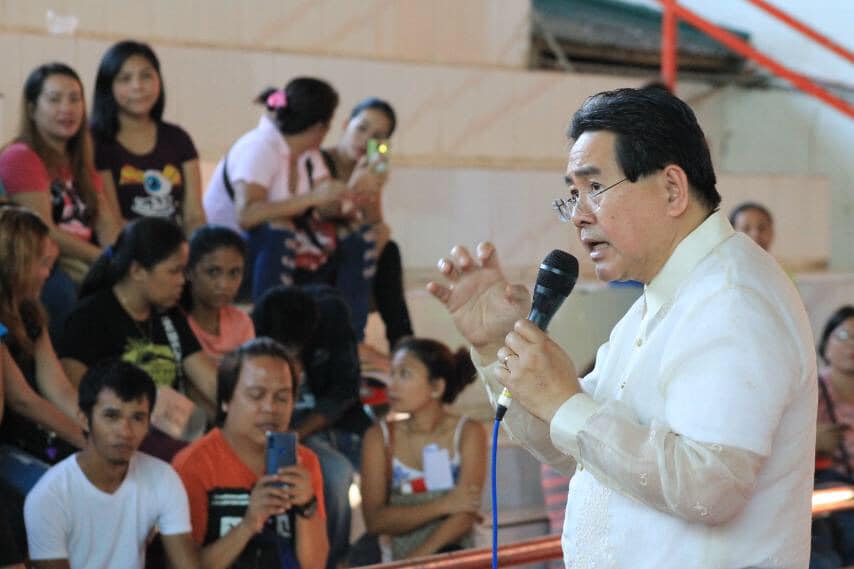 CAGAYAN DE ORO CITY, Philippines – Despite the repeated pronouncements of Pres. Rodrigo Duterte against the franchise renewal of ABS-CBN, one of his allies in Congress has expressed desire for the giant television network to continue its operations.

Rep. Rufus Rodriguez asked the House Committee on Legislative Franchise, chaired by Palawan Rep. Franz Alvarez, to set the hearings on his proposed House Bill 5705 which aims to renew ABS-CBN’s franchise for another 25 years, together with nine other bills on the same subject matter.

“Congress should always uphold the Constitutional mandate under [Section] 4, [Article] 3 to ensure the freedom of the press,” Rodriguez said in a statement over the weekend.

The lawmaker has requested the hearings to be conducted upon the resumption of session on Jan. 20, saying “time is of the essence”. From that day until March 11 or when the Congress adjourns, only 24 session days are left.

“All authors and stakeholders must be heard especially ABS-CBN. Then the Committee will have to decide to renew or not to renew,” Rodriguez said.

The lawmaker said not acting on his bill and the other bills is improper, noting that ABS-CBN is the Philippines’ “largest media conglomerate in terms of revenue, operating income, net income, assets, equity, market capitalization, and number of employees”.

Alvarez, meanwhile, has assured ABS-CBN that his committee would be “fair and objective” in renewing the media company’s application for franchise renewal. He stressed, though, that the franchise is “a privilege, not a right, under the law.”

In his explanatory note on HB 5705, Rodriguez stated the television network has been “very big” on corporate social responsibility, in helping others, and in giving back.

In a few of his televised or recorded speeches, Duterte had been adamant on his stand against ABS-CBN’s franchise renewal.

The president accused the media conglomerate with “biased reporting,” and alleged that in the run-up to the national elections last 2016, ABS-CBN failed to air a campaign advertisement despite being paid by his camp. (davaotoday.com)