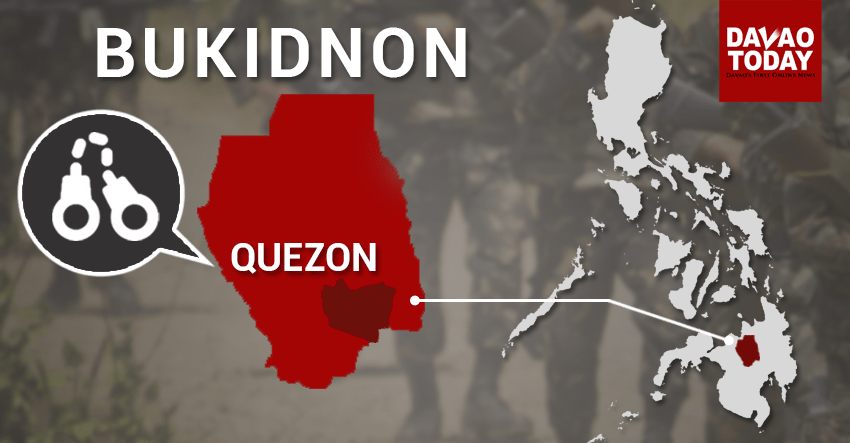 DAVAO CITY, Philippines (Updated as of 8:57 am August 4, 2017)— The military on Wednesday arrested two suspected members of the New People’s Army in a village in Bukidnon province ​and linked one of them to a partylist organization when he was found with a card from the organization.

In a statement Wednesday night, the army said ​the suspects were arrested by the combined ​soldiers and police during a​n armed encounter in the outskirts of Purok 8, B​a​r​a​ng​a​y Kiburiao, Quezon, Bukidnon.

Capt. Joe Patrick Martinez of the 4th Infantry Division said government troops responded to a report that a group of the NPA was planning to launch atrocities in the area.

“When they arrived clash ensued and lasted for about five minutes, which prompted the NPAs to scamper out of the said community,” the military official said.

He said they nabbed two suspects, namely Ruel Cololot and Ramil Cololot. The Army did not say if they were related.

Martinez claimed that government troops found various explosives and firearms from the two.

Martinez added that Ruel Cololot is a member of Anakpawis Partylist, after an ID was recovered from his possession. The ID was signed by former Anakpawis Partylist representative who is now the Agrarian Reform Secretary, Rafael Mariano.

The arrested suspects are now in the custody of the PNP for proper facilitation of case.

Meanwhile, Anakpawis Partylist lawmaker Ariel Casilao said they are yet to validate whether Cololot is a member of their group.

He said as of June last year they have 200,000 card-bearing members nationwide.

“The burden of proving whether they are card bearing members of Anakpawis Partylist should not be ours to prove, again it is so easy and convenient for the AFP to implicate and accuse persons being arrested as NPA then in order to satisfy their malicious intention in dragging the Partylist to form part of their mind conditioning strategy,” Casilao told Davao Today in a Facebook interview.

He said the military’s counter-insurgency program, Oplan Kapayapaan, is no different from the previous programs which tag progressive organizations as “enemies of the state.”

Meanwhile, an army official told reporters on Thursday that the capture of suspected NPA “bomb maker” will have a significant impact on the military’s campaign against the communists as President Rodrigo Duterte has reiterated his stand to terminate the peace negotiations between the government and the National Democratic Front, the political wing of the Communist Party of the Philippines.

“The arrest of the NPA’s bomb expert will cripple and delay their plans to carry out attacks in our area of responsibility,” said Martinez on Thursday afternoon.

With the arrest of Cololot, Martinez said they are confident they will penetrate the areas the NPA is holding, especially in the province Bukidnon and the Caraga region where the NPAs have been conducting attacks against the police and military following the announced extension of Martial Law in Mindanao.
After their apprehension, the two alleged NPAs and the recovered items were turned over to the Bukidnon provincial police, said Superintendent Lemuel Gonda, the Philippine National Police-10 (PNP-10) regional spokesperson.(davaotoday.com)