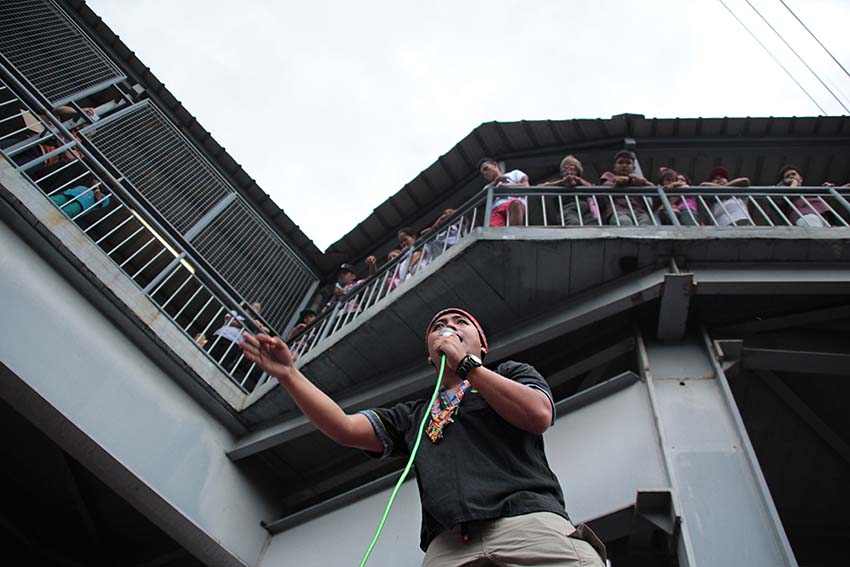 Pasaka Confederation of Lumad Organizations in Southern Mindanao secretary general Jong Monzon calls for justice for Jimmy Saypan, a farmer leader killed by suspected military men on Monday, October 10 during a protest action held in the streets of Calamba, Laguna on Thursday. As the secretary general of the Compostela Farmers Association, Saypan was one of the most vocal oppositions against the entry of large scale mining companies in their communities. (Paulo C. Rizal/davaotoday.com)