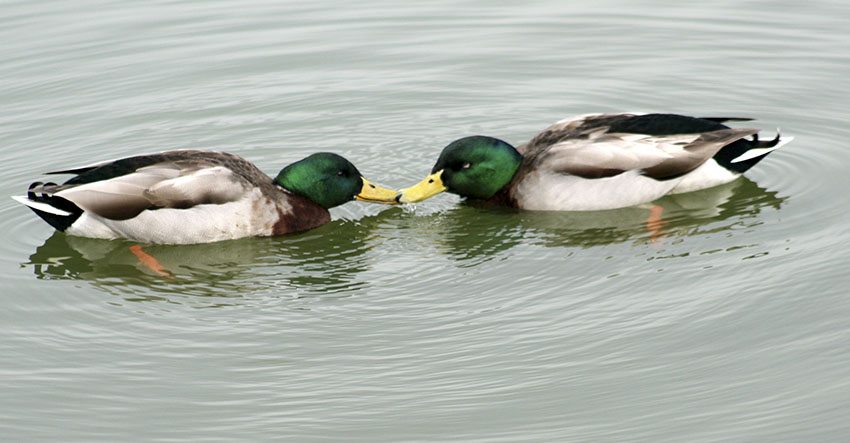 GAY ANIMALS. Homosexuality is present to at least 450 different animal species to, according to an article published in Yale Scientific Magazine. (Wikipedia photo)

MALANG, Indonesia – Contrary to what the People’s Champ wants to impart on us, scientists have long discovered that apart from human beings, homosexual behavior exists in animals.

There are 450 different animal species known to have such behavior, according to an article published in Yale Scientific Magazine, the oldest collegiate science quarterly in the United States.

The scientific magazine cited the works of biologists Nathan W. Baily and Marlene Zuk from the University of California, which dismissed popular claims that homosexuality is merely a human phenomenon.

According to the scientists, same-sex pairing “alleviates the livelihood of divorce and curtails the pressure on the opposite sex by allowing members to exhibit more flexibility to form partnerships, which in turn strengthens social bonds and reduces competition.”

Another expert, Paul Vasey of the University of Lethbridge in Canada, has observed homosexual behavior in female Japanese macaques.

In a BBC article, Vasey said homosexual behavior among the female macaques “is the norm.”

“One female will mount another, then stimulate her genitals by rubbing them against the other female,” Vasey was quoted in the article.

On Thursday, February 16, Sarangai Representative was in hot water for saying animals know better than homosexuals when it comes to distinguishing males from females.

“Is there any animal who engages in male to male, female to female relations?” the senatorial candidate asked in TV-5’s “Bilang Pilipino” program.