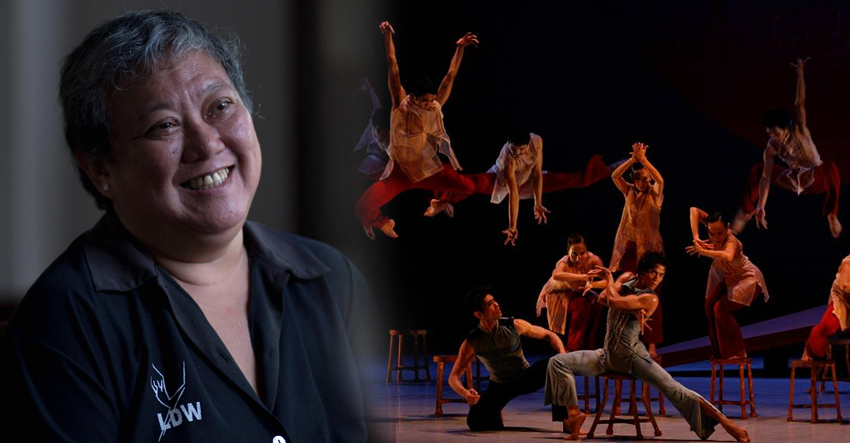 DAVAO CITY, Philippines – Davao City’s renowned dance choreographer Agnes Locsin is getting a push for her nomination to the Order of the National Artist in dance.

Her alma mater Ateneo de Davao University, where she finished her degree in AB English, has nominated her last December 1, 2020, to recognize her works that enrich cultural awareness through dance and choreograpy.

Locsin gained international attention for her breathtaking neo-ethnic dance choreography. Among her award-winning works are the La Revolucion (1996) and the groundbreaking Igorot (1987).

She also received prestigious awards including the Gawad CCP Award Para sa Sining in 2013, Alfonzo T. Ongpin Prize for Best Book on Arts for her book Neo-ethnic Choreography: A Creative Process and the Gador Award from the Cultural Center of the Philippines.

“The recognition of Ms. Locsin’s work as an artist in the field of dance has constantly streamed along with a growing interest in neo-ethnic style among young artists. In fact, throughout her stellar career, she has received multiple awards from various regional and national organizations,” said City Councilor Principe-Castrodes who endorsed the resolution.

Locsin is the daughter of Carmen Dakudao Locsin, who founded the legendary Locsin Dance Workshop in Davao City where she later became its Artistic Director after finishing her Masters of Arts at Ohio State University in the United States.

Locsin’s preparation for her choreography includes immersing in indigenous communities where she interacts and learns of their culture and tradition through dance.

“The impact she has made in the artistic field as well as in the socio-cultural development of the indigenous peoples are remarkable and true marks of a national artist,” Principe-Castrodes added. (davaotoday.com)