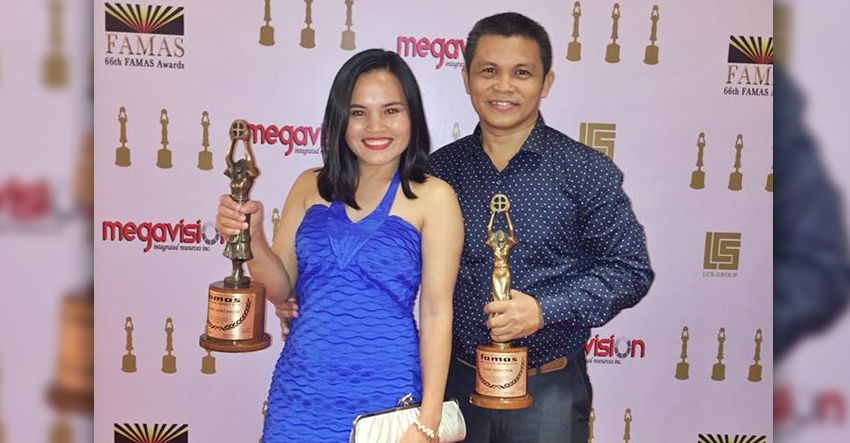 “Tu Pug Imatuy” which means the Right to Kill in Manobo dialect, follows the story of Lumad couple Obunay and Dawin with their three children who live in the hinterlands of Bukidnon. The movie depicts the life of the Lumad family as it goes about with hunting and farming amidst threats of military and mining operations within their ancestral domain.

An encounter with the state forces breaks the family. The couple is forced to serve the soldiers as their “guides” to look for New People’s Army camps.

The film is inspired by actual events where the Manobo tribe in Mindanao faced threats of militarization and environmental plunder.

According to Barbarona, the Manobo tribe in the film represents the struggling people who are continually experiencing attacks on their communities.

The tribe aspires to build schools to educate their young people but their schools are branded as “rebel schools. ”

Barbarona said he intended to open the eyes of the viewers to the struggles, dreams and aspirations of the Lumads.

“Tu Pug Imatuy is a product of my immersion with the Lumads in Talaingod and at (Protestant Church compound) Haran where displaced Lumad people have sought sanctuary,” Barbarona said.

He said he also drew inspiration from his Lumad heritage as his step-father is an Agusanon-Manobo.

“I also accept with my heart the culture and essence of the Lumad’s aspiration to protect their ancestral lands,” he said.

The Davaoeno filmmaker called for the resumption of peace talks to address the roots of the ongoing civil war in the country. (davaotoday.com)