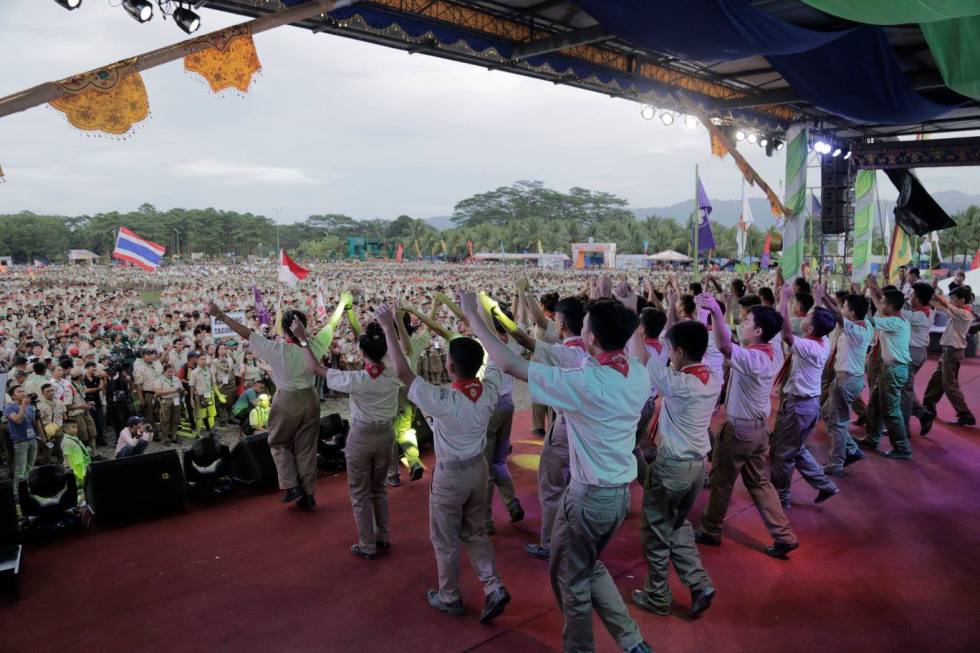 TAGUM CITY, Davao del Norte — Dubbed as the largest conglomeration of scouts in the Asia-Pacific region, Tagum City has welcomed close to 30,000 scouts from 20 countries during Monday’s opening ceremony of the ASEAN Scout Jamboree at the Energy Park, this city.

Monday’s opening ceremony was graced by House Speaker Pantaleon Alvarez along with the officials of the ASEAN Scout Association for Regional Cooperation (ASARC).

Tagum City Mayor Allan Rellon, who serves as the Camp Chief, welcomed all the participants and pointed out that the gathering of the scouts from across the world bears a sense of higher purpose to build friendships to solidify the region’s oneness.

According to the City Information Office, Indonesia has the biggest delegation with 137 registered participants among the foreign delegation and the Davao City Council, among the 121 local councils of the Boys Scouts of the Philippines (BSP).

The local government unit of Tagum and the BSP-Tagum City Council act as cohosts of this edition of the ASEAN Scout Jamboree.

A Parachute Exhibition and Airshow and a Pyro-Musical Fireworks Display were some of the opening activities. A grand fireworks display ended yesterday’s elaborate opening ceremony.

The event is the second largest scouts gathering to have been held in Tagum City, after the 16th National Scout Jamboree of the BSP in 2015. (davaotoday.com)