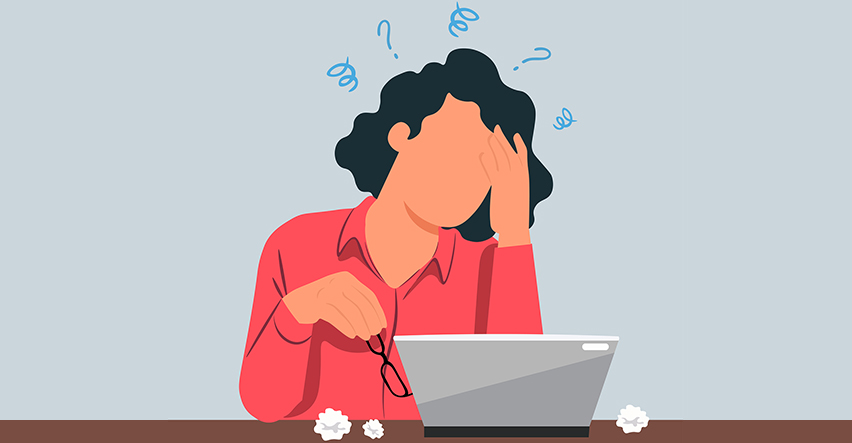 Image by Hatice EROL from Pixabay

DAVAO CITY, Philippines – Since last month, Grace (not her real name), a third-year college student has to stay up late and wake up early to catch up with all the online subjects and assignments that come with delays due to erratic internet connection in her far-away residence in Aleosan, North Cotabato.

As the education sector began this school year with the “new normal” of holding online classes due to the coronavirus (Covid-19), students such as Grace have suffered physically and mentally with this new mode of online and distance learning.

“I can’t join our online meetings most of the time. But even if I could, I cannot understand the discussion due to slow internet speed,” Grace said.

The cost for such limited internet access using a prepaid Wi-Fi that she is sharing with her sibling who is also taking online classes is an added burden. A 200 pesos worth of internet access promo with data cap that said it is good for one week would only last for three days for her and her sister’s consumption.

Some of her professors are considerate to give options to students with similar problems like her such as extending time or adjusting requirements, but there are some who would still push for online meetings.

Adjusting her sleeping time in the morning until afternoon, Grace tries to stay awake late in the evening, when the internet speed is much better, to download some of their readings and finish learning requirements.

“Sometimes, I’m still awake in the morning just to try attending online meetings. 24 hours is also not enough to meet the deadlines for the requirements, which is more than the usual given on normal classes,” she lamented.

She would often experience anxiety attacks when receiving more schoolwork to complete. With her family around, she also felt a sense of need to show them that she is performing well in school, but she cannot deny she struggles to absorb all her lessons given in such situations.

“I would spend the whole day working on assessments, or even until midnight. I refrain from taking a rest so I could finish my tasks immediately and I could proceed to the next one,” she said.

But despite her efforts, Mika said that she’s grown anxious now about the quality of her learning. “I grew up being a grade-conscious type of student. And now that the new normal has started, I get more anxious about my grade because there are times that I just feel tired of doing infinite-like workloads.”

“I feel like I am not giving my best in my work… have experienced a lot of breakdowns ever since the online class started. I also kept on doubting myself because there are some lessons that I cannot immediately understand,” Mika said. 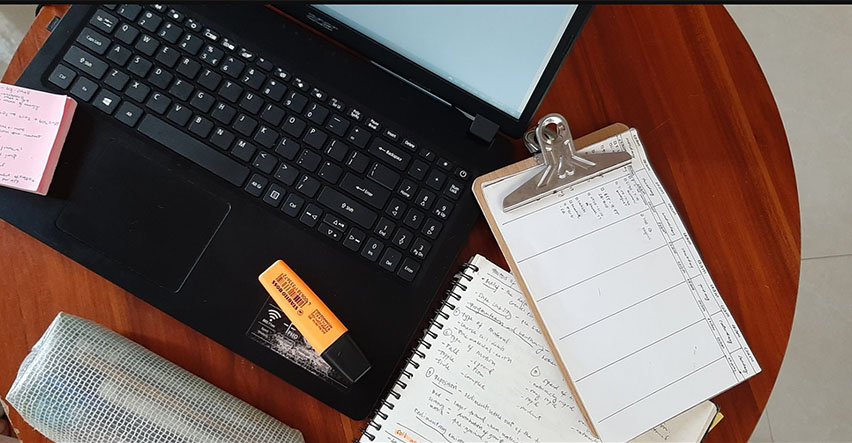 After spending hours on her online classes, Mika* would spend the rest of the day to finish her assignments without rest, leaving her suffering from frequent headaches. (Photo courtesy of Mika*)

While it is uncertain when the pandemic will end so students can resume face-to-face class, Grace tries to organize her daily schedule in a hope to find enough resting time, while Mika finds solace in doing yoga and taking a walk with her dog, Kobe.

Public schools opened late on October 5 which was marked with many complaints raised online from parents who saw learning modules that seemed uncheck with erroneous information and questionable content, aside from the heavy workload.

The Alliance of Concerned Teachers (ACT) criticized the Department of Education officials for acting naïve on these matters following the complaints and passed the burden on teachers by advising them to be more lenient.

“DepEd should be reminded that the module templates, including the instructions on the number of activities that it should contain, all came from them, teachers are only implementing the agency plan,” ACT secretary-general Raymond Basilio said.

Basilio said because of the lack of preparation, teachers too are burning out, getting physically and/or mentally unwell due to heavier workload and longer hours under the remote learning scheme.

Such problems raised concerns on the mental well-being of both educators and learners. The University of the Philippines-Manila Student Council Health Committee, along with other organizations, underscored that mental health should not be discussed separately from the society “because more often than not, mental illnesses are caused or exacerbated by problems in the acquisition of physiologic, psychological, and social needs.”

Sociology professor Gerardo Lanuza from the University of the Philippines Diliman said that while mental health problems and psychological adjustment are [a] necessary part of schooling in a highly competitive environment, “but under the pandemic, these problems will be exacerbated and intensified due to the absence of a real community and the growing isolation of kids from their peers who may be able to support them.”

Another problem with the “new normal” of online school, as Grace and Mika agrees, is that it is “unfair” for many unprivileged students who are eager to continue with their schooling but have limited resources.

Lanuza said that both groups of students–from affluent and working-class families–will find coping with online learning difficult “but the lower-class kids will find the adjustment doubly difficult because of deprivation of necessary resources.” (davaotoday.com)