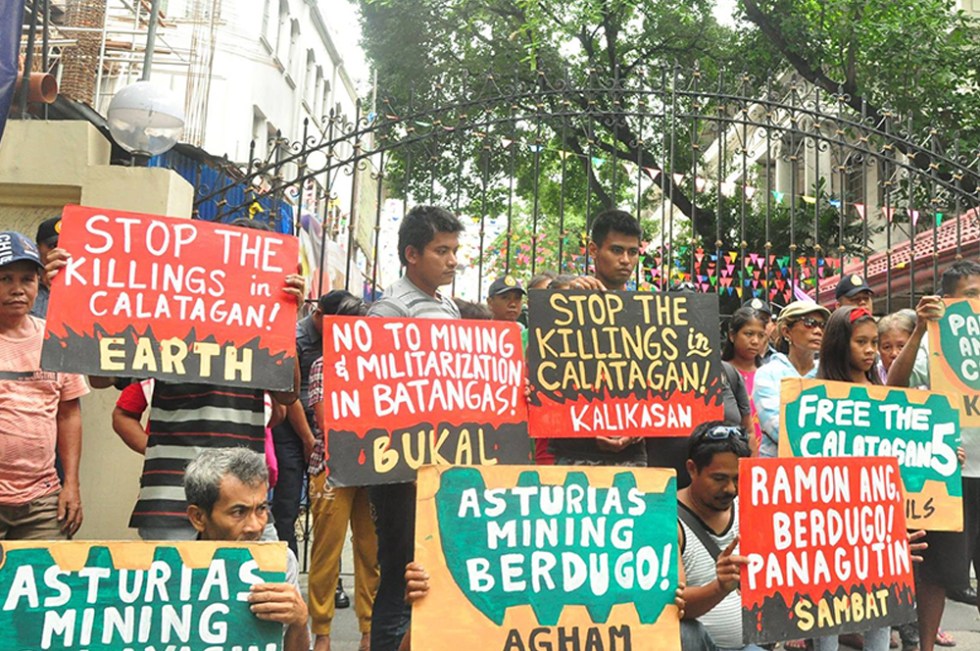 Photo courtesy of Kalikasan People’s Network for the Environment

DAVAO DEL NORTE, Philippines—An environmental group on Thursday hit the continued crackdown against environmental defenders who are opposing a project of the Asturias Chemical Industries in the province of Batangas.

Bautista reported that two peasant leaders were already killed while five have been “illegally” arrested and detained after trumped-up charges were filed against dissenters.

Both groups are known staunch oppositionists to the entry of Asturias, said Bautista.

He claimed that the presence of government security forces resulted to the “displacement of farmers and fisherfolks from our resource-rich lands.”

Asturias has a Mineral Production Sharing Agreement (MPSA) from the Mines and Geosciences Bureau which gave the company license to exploit over 808 hectares of the land for its limestone.

The groups said the MPSA was issued covering the disputed area despite the peasants already having an “Emancipation Patent” over these lands.(davaotoday.com)