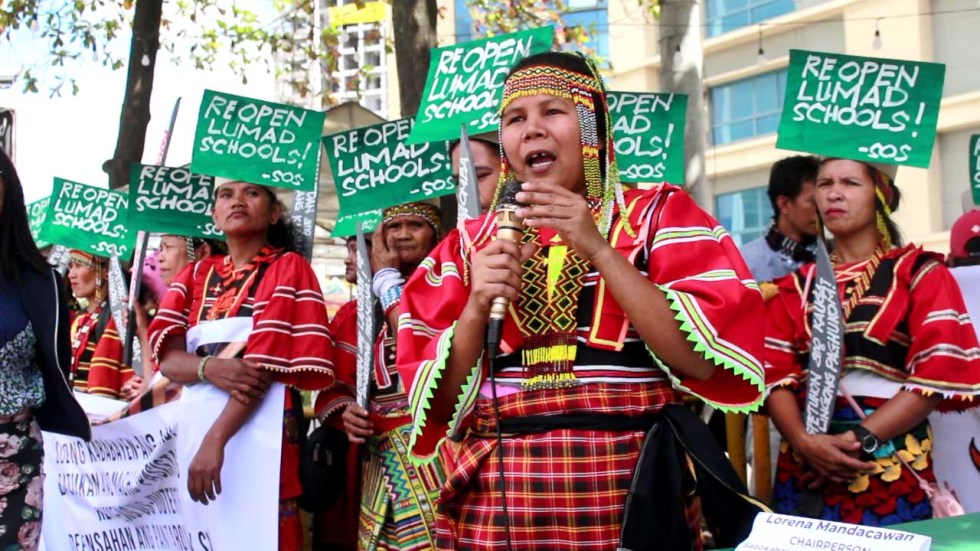 DAVAO CITY, Philippines — In commemoration of International Women’s Month this March, a Lumad women’s organization in Southern Mindanao Region vowed to remain at the forefront in defending their ancestral lands and asserting their basic rights.

Sabokahan Unity of Lumad Women chairperson Lorena Mandacawan, in a statement, said that they are calling on women around the world to unite in the ongoing resistance against “imperialist plunder” of the environment.

The Lumad women’s group, whose members were also among those displaced from their communities due to “militarization”, held a protest action on Wednesday morning (March 4) at the Freedom Park, Roxas Avenue, Davao City.

“We have seen that what the government has done is wrong, that’s why Lumad women are now also resisting against it,” Mandacawan said, citing the attacks against communities that strongly protest the encroachment of mining and logging operations in their ancestral domain.

Meanwhile, the Center for Women’s Resources (CWR), a 37-year-old research and advocacy group, in its annual report titled “Ulat Lila” released on Monday (March 2), said that “state force and private armies of agricultural corporations and large-scale mining companies occupy communities to pave the way for the ‘smooth’ implementation of the ‘development projects’ and to suppress any resistance from the residents.”

In the report, it explained, “Military operations aggravate economic insecurity when women cannot go out to farm or to look for alternative sources of income. It results to loss of properties, destruction of shelters, schools, religious places and other important structures in communities.”

Like other members of their communities asserting for their rights, she added that IP women are also being accused as “supporters or members” of communist rebels.

As the commemoration of International Women’s Day nears, Mandawacan said that IP women can only celebrate when their right to self-determination has been respected, and they can go back to their communities safely without any threat to their lives. (davaotoday.com)