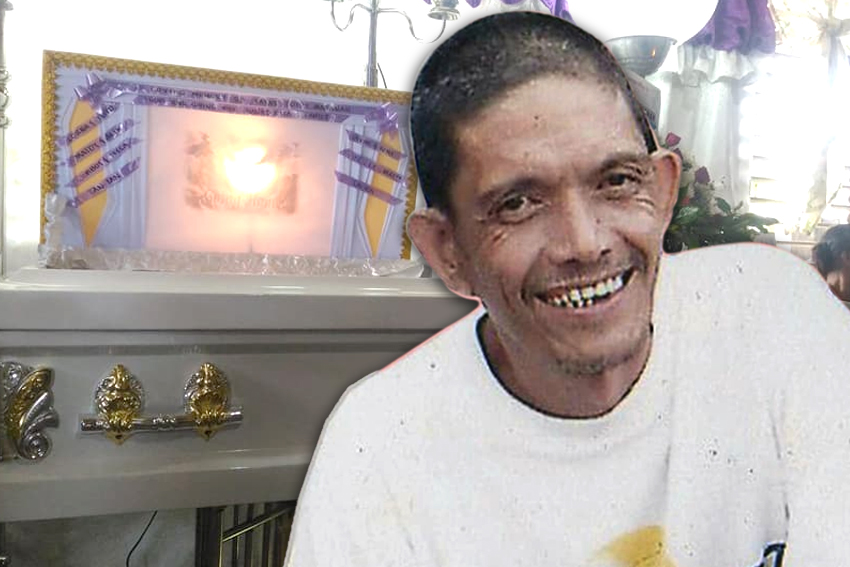 “He told his wife that he will just buy food for dinner outside. But five minutes later, the wife heard a series of gunfire,” Apiag added.

Apiag said Maranan’s wife asked their son to check on him and he was found lifeless on the street. Maranan’s killing is the 55th case tallied by Karapatan in Davao region since July 2016 and the first case since Duterte officially terminated the peace negotiations.

Maranan’s wife recounted that her husband told her about some men who talked to him and identified themselves as intelligence assets of the military.

“According to the wife, the men told Apolonio that they knew him, that they have heard of his name and asked him if he has seen his comrades in the New People’s Army (NPA),” he said.

Apiag said Maranan was also told that if his “comrades want to surrender,” he should refer them to the intelligence group. However, Apiag said the wife did not tell him when the threat happened. He said that it was “just this year.”

She said the police have not yet established the motive behind the killing.

President Duterte officially terminated the peace talks with the Communist Party of the Philippines-New People’s Army-National Democratic Front (CPP-NPA-NDF) on Thursday after issuing Proclamation No. 360.

A day prior to the signing of the Proclamation, Duterte said he would tag all the legal fronts of the NPA as criminals and would order for their arrest.

Carlo Olalo, secretary general of Kilusang Mayo Uno in Southern Mindanao Region said they are threatened with the red-tagging of activists and the government’s move to label them as supporters of the NPA.

Olalo said on November 21, the house of their local organizer, Renante Mantos, who is the chairperson of Hugpong sa Mag-uuma sa Walog Compostela (united farmers in Walog, Compostela Valley Province) was raided by unidentified men.

“Nante (Mantos) was not around when the suspects came to their house in Maco, but his brother who was there reported that the suspects were asking for his whereabouts,” Olalo said.

“His brother was also told that Nante was a full-timer of the NPA,” he added.

Olalo said their group can only answer the accusations of the President.

He said they cannot stop their activities and campaigns, saying “these are legitimate demands.”

“Our demand for job, wage and anti-workers policies are just,” he added.

He said they hope the President could just “look back to see people who are hoping for genuine change like what he promised last year.”

The JMC is created under the Comprehensive Agreement on Respect for Human Rights and International Humanitarian Law (CARHRIHL), the first substantive agreement signed between the government and the National Democratic Front of the Philippines in 1998. The supplemental guidelines for the full operation of the JMC were signed during the third round of the peace talks held in Rome, Italy in January. (davaotoday.com)